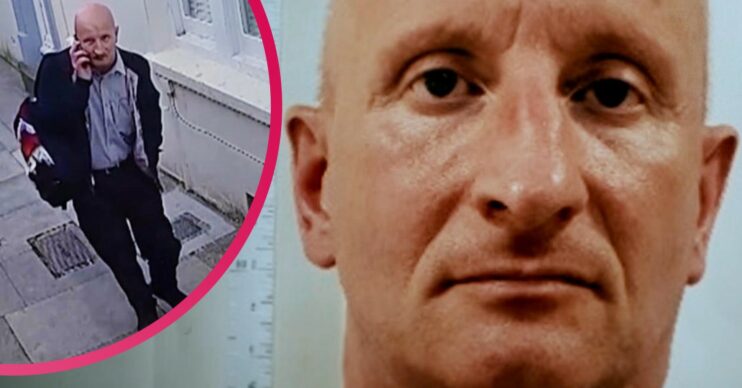 How to Catch a Cat Killer ITV1: Who is the Brighton cat killer Steven Bouquet, how was he caught and where is he now?

Animal lovers in Brighton were horrified when their beloved pets started being killed in senseless acts of violence – but who was Brighton cat killer Steven Bouquet?

Why did he start hurting cats, how was he caught, and where is he now?

A new ITV documentary How to Catch a Cat Killer tells how Sussex Police detectives used cutting-edge DNA and animal forensic pathology to convict the killer.

Steve Bouquet was a former Royal Navy gunner from Brighton and Hove, who served in Northern Ireland and manned a gun post on a ship during service in Iraq.

He served in the Royal Navy for 22 years.

However, Steve was a shopping centre security guard at the time of his criminal activity.

He became known as the “Brighton cat killer” after fatally stabbing nine pets during a seven-month spree.

He inflicted injuries with a knife on at least seven more.

Police finally caught the Brighton cat killer after his spate of attacks between October 2018 and June 2019 in Brighton.

Why did he kill cats?

In his police interview read out in court, Steve Bouquet told officers that all he knew about the cat killings was what he had read in the newspapers and online.

He told police he was “no threat to animals”.

However, police officers discovered photos of dead cats on his phone.

His defence Ravi Dogra said Steve Bouquet may have suffered from PTSD after his 22 years serving in the Royal Navy.

It is unclear why he took pleasure in hurting defenceless pets.

Steve Bouquet was able to move through the city unseen and unheard as he attacked people’s beloved pets, his trial later heard.

Authorities fear Steven could have been responsible for over 30 cat attacks in the city.

“No explanation for your behaviour has been put forward, but no sensible explanation could be advanced,” said the judge during the sentencing.

Incredibly, it was the community who came together to stop Steve Bouquet’s reign of terror.

In the ITV1 documentary How to Catch a Cat Killer, one local said: “We were plotting maps.

“We marked off the perimeter these attacks were happening in.”

They also made a remarkable discovery that helped to unmask him, including the first sighting of him on CCTV.

Hendrix’s owners – who was killed by Steve – turned pet detectives.

Stewart Montgomery and Agathe Altwegg were at home when their nine-month-old black cat returned home bleeding heavily from a single knife wound.

They followed the trail of blood to Crown Gardens.

Stewart and Agathe noticed a CCTV camera which had been set up by a neighbour.

The resident had set up the surveillance after their own cat had been attacked a year earlier.

Sussex Police said the breakthrough in the hunt for the cat killer came in May 2019 thanks to the CCTV footage from that very camera.

Police examined the footage and discovered that it had captured Steve Bouquet “stooping to stroke the cat before taking something from his rucksack and making a sudden jerk towards it”.

Sadly, Hendrix died of his injuries.

During the trial, prosecutor Rowan Jenkins said: “Steve made a single mistake but that was all that was needed to expose him.”

After police saw the CCTV footage of Steve Bouquet with Hendrix, they searched his home.

During the search, they found a knife with feline blood on it, and Steve’s DNA on the handle.

They also found pictures of dead cats on his mobile phone, and incriminating evidence on his laptop.

Det Insp Chris Thompson said: “His laptop computer showed that he had repeatedly accessed a website in relation to lost cats in the city, paying particular attention to a cat that was killed.

“He had also viewed numerous dog killing cat-related videos, and two photographs of a dead cat in a front garden, taken at different times of the day, were recovered from his devices and believed to have been taken by him.”

What was Steve Bouquet convicted of?

Brighton cat killer Steve Bouquet was jailed for five years and three months after carrying out a gruesome mass slaughter of pets.

A jury found him guilty of an eight month campaign of killing and hurting pets.

Steve Bouquet was convicted in July 2021 of 16 offences of criminal damage, in relation to the cats, and possession of a knife.

This is a surprisingly long sentence – compared to a racially aggravated common assault which carries a sentence of a maximum of two years.

The judge told him be would serve half his sentence in prison before being released on licence.

Owners of some of the cats Steve Bouquet killed were at Hove Crown Court to see him imprisoned.

During the trial, jurors heard accounts from several cat owners who had found their pets bleeding on their doorsteps.

Judge Jeremy Gold QC said Steve’s behaviour was “cruel, it was sustained and it struck at the very heart of family life”.

He told Steve Bouquet the crimes were “appalling” and the impact on the owners and their families was “considerable and grave”.

He said: “Cats are domestic pets but they are more than that.

“They offer joy and support.”

Where is Steve Bouquet now?

Steve Bouquet was 54 when he was convicted in July 2o21.

He explained that the cancer had spread to his liver and his lungs.

The Prison Service said he’d died in hospital in Kent on January 06 2022.

A Prison Service spokesperson did not disclose Steve Bouquet’s cause of death.

However, Steve’s defence lawyer had explained during sentencing that Steve had been very sick.

Doctors diagnosed Steve with thyroid cancer, which had spread to his liver and lungs.

“The Prisons and Probation Ombudsman has been informed.”

How to Catch a Cat Killer on ITV1

The documentary tells the shocking story of how Steven Bouquet terrorised cat owners on the South Coast for nearly eight months.

The disturbed killer made it his mission to maim, harm or kill the much-loved pets in his local community.

As many as nine cats turned up dead, with seven others terribly injured.

How to Catch a Cat Killer tells how the Brighton cat community came together to catch the attacker.

The devastated cat owners turned sleuths made a remarkable breakthrough by finding the first images of the killer.

The Cat Killer was finally unmasked as security guard Steven Bouquet, who had served 17 years in the Navy.

He never admitted the killings.

The documentary will also look at the Croydon Cat Killer and how animal investigator Boudicca Rising is continuing the investigation despite the police closing the case.