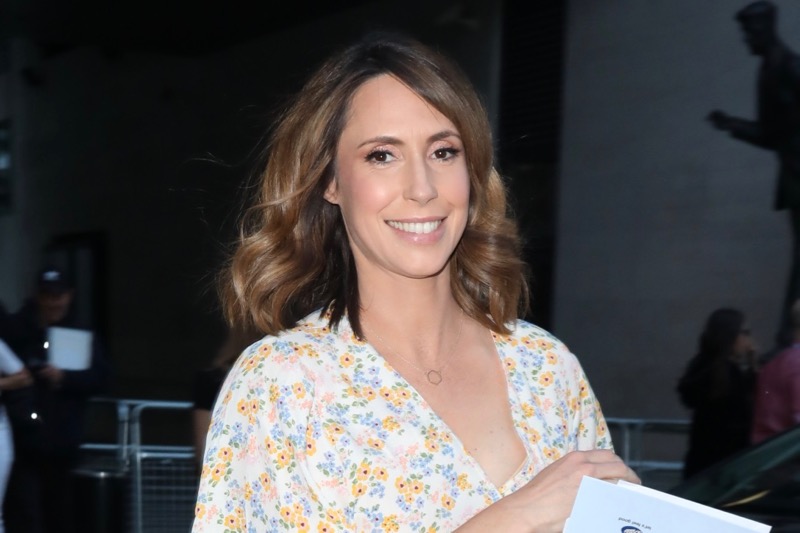 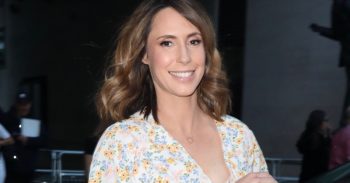 Alex looks sensational as she goes on maternity leave

The One Show’s Alex Jones showed off her baby bump in a bikini as she prepares to head off on maternity leave.

Alex, 42, celebrated her penultimate at work alongside Matt Baker, by sharing a picture of her posing before going for a swim, writing: “About to pop! Penultimate day at work today.”

The presenter then shared a picture of her alongside Matt and show guest Emma Thompson and admitted while she was looking forward to her maternity leave she would miss her job too.

“And that’s my penultimate show before the bubba done, my last one with Matthew,” she wrote.

“It feels so weird to be saying goodbye, but it’s only temporary, the Autumn will come round soon enough. I’ll miss the team and lovely viewers but I’m looking forward to being just mama for a little while.”

And that’s my penultimate show before the bubba done, my last one with Matthew 😢 It feels so weird to be saying goodbye, but it’s only temporary, the Autumn will come round soon enough. I’ll miss the team and lovely viewers but I’m looking forward to being just mama for a little while.

Alex is only days away from giving birth to her second child with her and husband, Charlie Thomson. However, she has admitted that becoming a mum of two has made her nervous about how she will cope.

“Everybody has nerves about being a mum and being a parent,” she said.

“Pregnancy for any woman is a period of excitement, but also slightly terrifying as you don’t know what to expect. Even with your second it’s like: ‘How am I going to do two?'”

She continued: “My mum was amazing at the beginning when we first had Teddy, for the first three weeks – thankfully. I don’t know how we would have done it without her.”

Alex, who has been open about her struggles to conceive and admitted she presented an episode of The One Show just an hour after suffering a devastating miscarriage has also admitted that becoming a mum has not been an easy ride.

The presenter says she suffered “baby blues” after the birth of Teddy two years ago, but talking to other mums made her realise that her fears would pass.

“It is a horrible, horrible feeling because you should be feeling this incredible joy and you just feel like everything is so hard and it’s never going to end,” she said.

“I remember day 3 and day 4 after having the baby…. It’s the baby blues and it does happen.

“You feel like it’s just you at the time but you talk to other mums and you find it’s really common. It passes and things get better. It gets easier. It does.”

Who would you like to see replace Alex on The One Show? Leave us a comment on our Facebook page @EntertainmentDailyFix and let us know what you think!