The One Show viewers were "shocked" and "stunned" after the BBC series accidentally flashed an expletive up on screen last night.

On Thursday night's live edition of the talk show (17 January), fans were taken aback when a very rude word appeared in print during an unscripted segment about a world-record-breaking egg.

Yes, it must have been a slow news day!

Let’s set a world record together and get the most liked post on Instagram. Beating the current world record held by Kylie Jenner (18 million)! We got this 🙌 #LikeTheEgg #EggSoldiers #EggGang

Read  more: Fans go mad for Matt Baker's beard on The One Show!

Matt Allwright told viewers about the world-record-breaking egg, who set up its own Instagram page hoping to "set a world record and get the most liked post on Instagram".

If achieved, the egg would beat the current world record held by Kylie Jenner at 18 million.

However, as they followed the egg's progress on social media, a profanity popped up on screen pre-watershed! Slapped wrists guys! 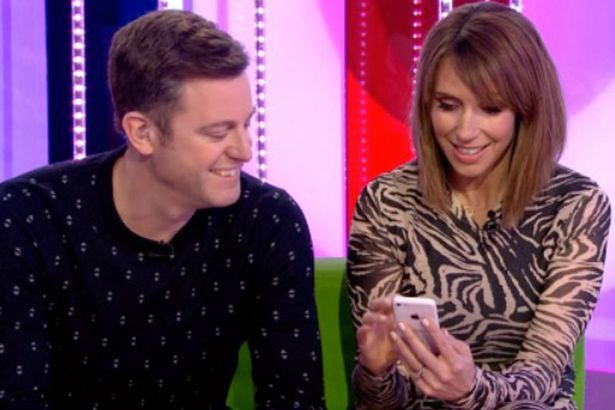 Oops - Alex and Matt were involved in a live blunder! (Credit: BBC)

Had to do a double take and rewind.. thought I read that right #theoneshow.

As they scrolled through the comments, one by boxer Mike Tyson said: "Stop sending me this [bleep]."

Due to the live nature of the show, the rude word was not blanked out and The One Show viewers were quick to express their opinion on the matter! 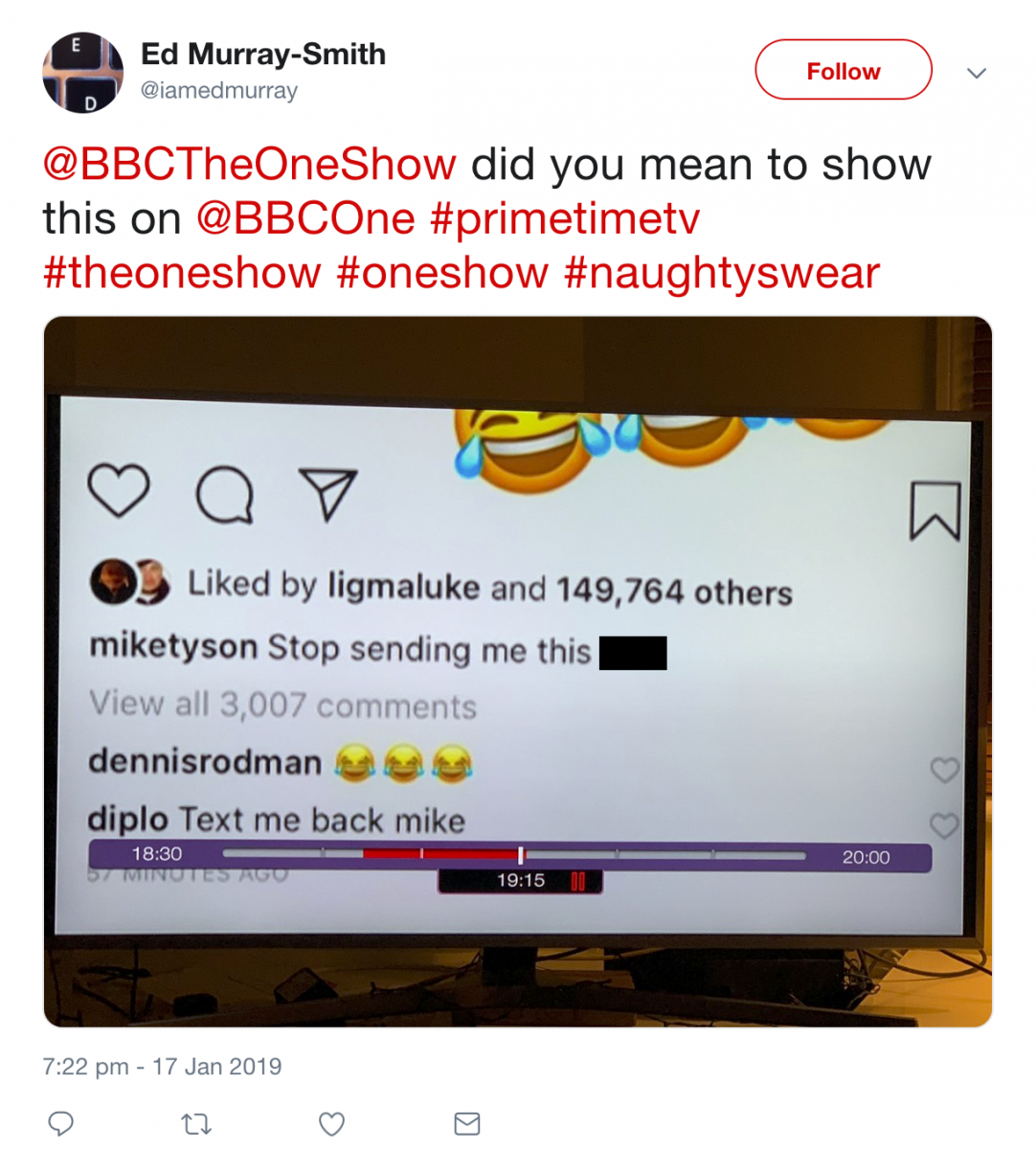 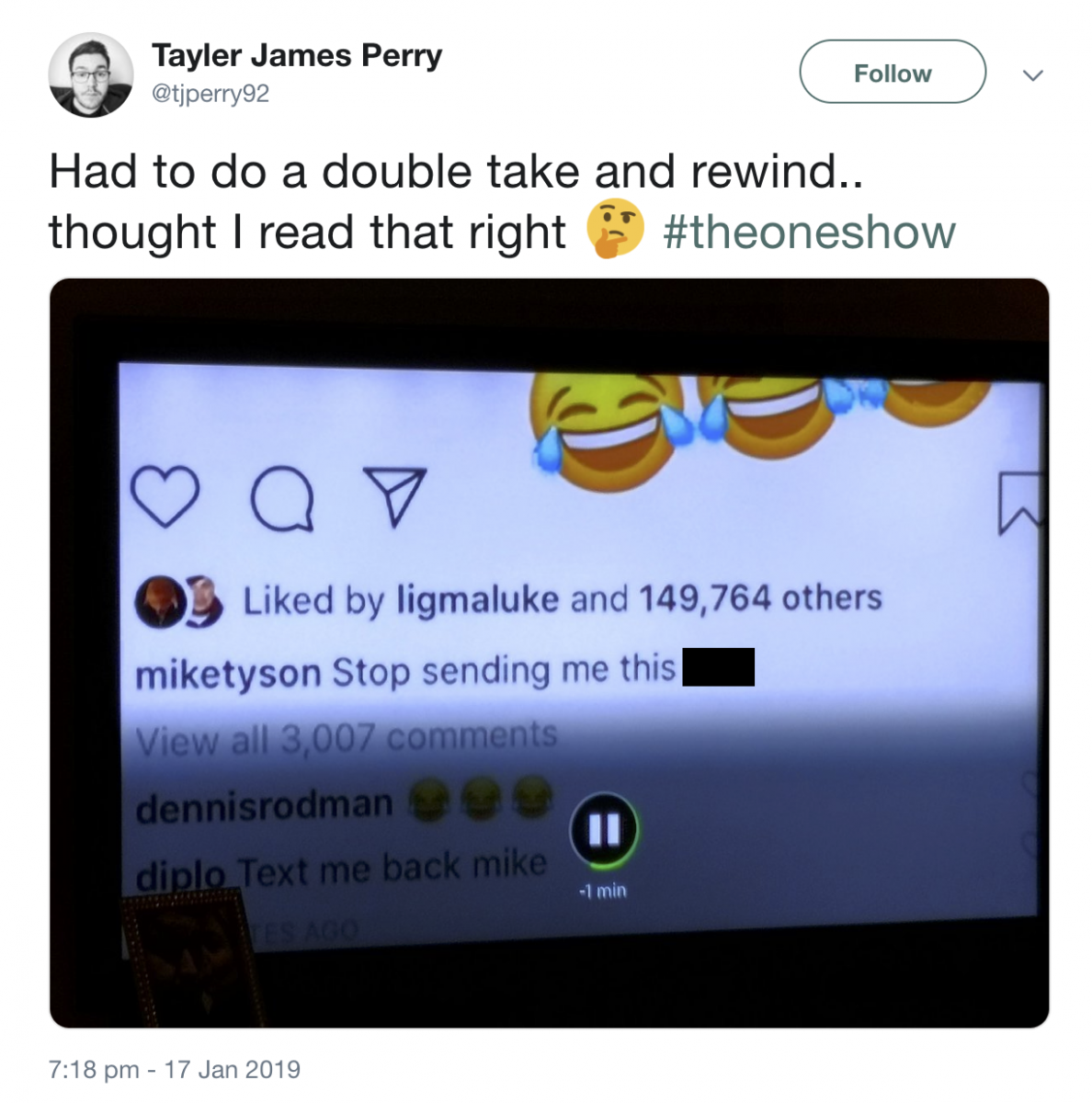 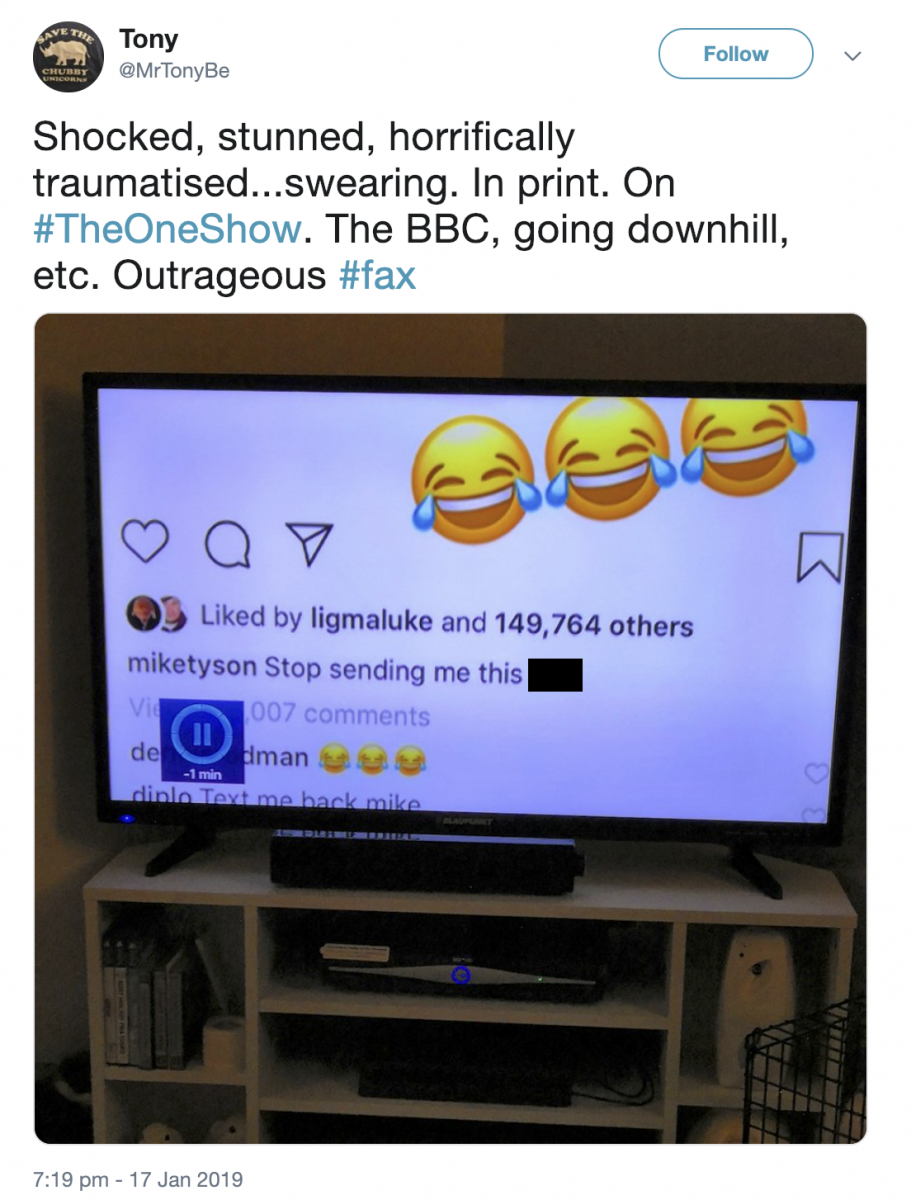 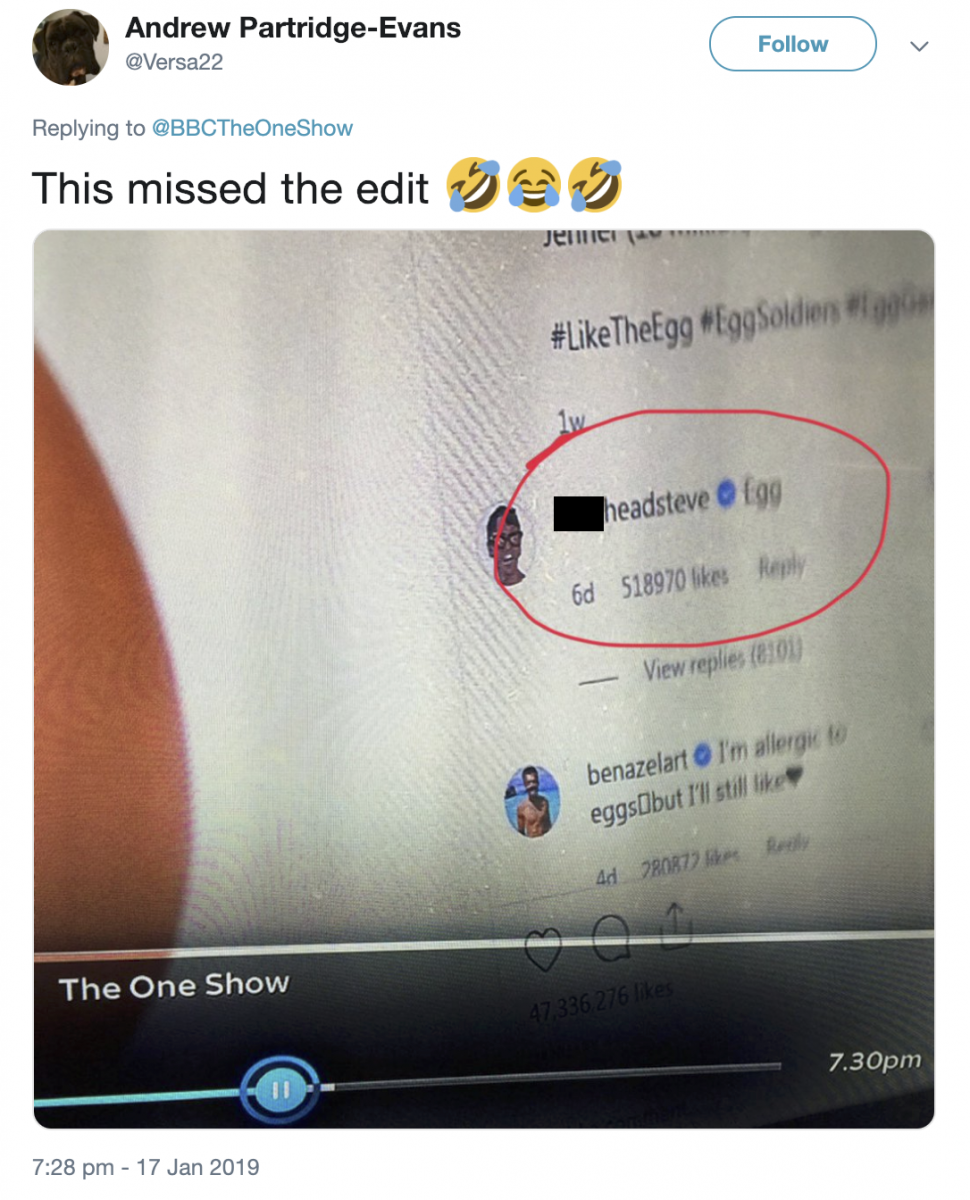 Another said: "Had to do a double take and rewind.. thought I read that right #theoneshow."

Despite the furore, clearly not the egg's fault, he/she did manage to get 48,187,819 million likes, making it Instagram's most successful post to date - beating Kylie with more than double the likes.

The mistake comes just a day after another BBC blunder, when subtitles claimed Michael Gove didn't want "Batman" to be Prime Minister when really he had called Labour leader Jeremy Corbyn "that man".

Do you get offended by swearing on the TV? Leave us a comment on our Facebook page @EntertainmentDailyFix and let us know what you think!