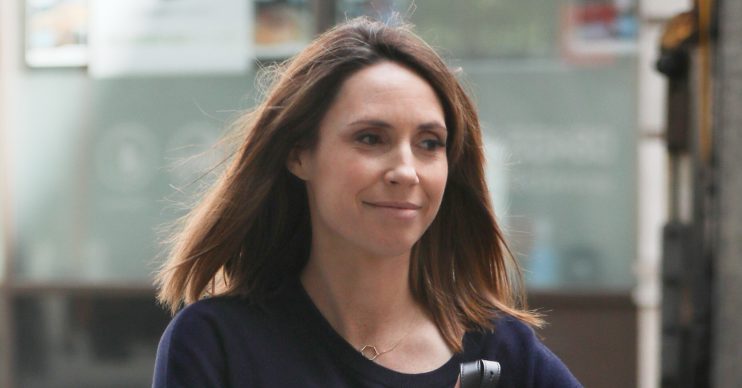 He'd been at it for seven hours

Alex Jones from The One Show has offered fans an update on baby Kit and opened up about the struggle of feeding a newborn.

The presenter, 42, who gave birth to her second child last month, shared a clip of herself feeding the tot early in the morning and revealed she’d been at it for hours.

Posting on her Instagram Stories for her 176k followers, a tired-looking Alex cradled baby Kit as she fed him and wrote: “Cluster feeding. Seven hours and counting.”

She shared the update at around six this morning (June 7), which means she had been feeding him intermittently since 11pm yesterday.

Cluster feeding is when a baby feeds a number of times within the space of a few hours, with short intervals in between.

According to the NHS, it’s common for a baby to fall asleep on the breast and refuse to let go during this period, making it difficult for knackered parents who need to get a bit of shuteye themselves.

In another update posted earlier today, Alex joked that Kit sounded like a hedgehog.

A short clip uploaded to her Stories showed her baby lying on his changing mat, wriggling and making little noises as he kicked his legs about.

Alex wrote alongside the video: “How can something so small make so much noise? #snufflyhedgehogbaby.”

Alex and husband Charlie Thomson, who already have young son called Teddy, welcomed their second to the world on May 13th.

Charlie had to go back to work recently and Alex posted about it on her Instagram, telling fans she misses having him around the house as his time off had been “bliss”.

The mum-of-two posted a snap of Charlie carrying Kit and said: “Paternity leave is over in a flash.

“We miss having Daddy at home. The last few weeks have been bliss though.”

While she was pregnant, Alex joked about trying to beat Meghan Markle and have her baby first, but the Duchess of Sussex’s child was born seven days earlier.

Have you ever experienced the difficulties of cluster feeding? Leave us a comment on our Facebook page @EntertainmentDailyFix and let us know.