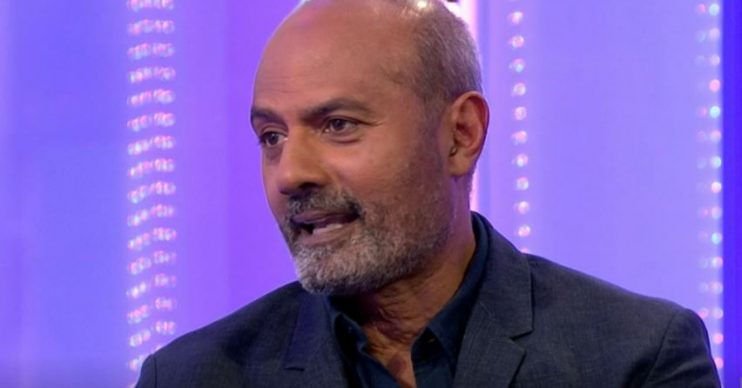 He was diagnosed with advanced bowel cancer in 2014

Broadcaster George Alagiah has opened up about his battle with cancer on The One Show, admitting he is living in “a sort of limbo” as he awaits the results of his latest round of treatment.

Speaking on the programme yesterday (19.08.19), he said that despite his illness, he is living every day “to the full”.

He told co-hosts Matt Baker and Angelica Bell, who is standing in for Alex Jones while she takes time off for maternity leave: “I’m living with cancer like lots and lots of other people. I’m in a sort of limbo. It keeps coming back and my amazing doctors shove it back into its hole.”

George completed his latest round of treatment last month and has a scan in a few weeks’ time to assess the results.

He continued: “The only way I know – and different people deal with cancer in a different way – is to live each day as it comes along and live it to the full.”

George was on the show to talk about his debut novel, a political thriller called The Burning Land, which is due for release on August 29.

He started writing the book before his cancer diagnosis but put it aside once he knew he was ill.

“Once cancer came, it’s a life-changing situation and I didn’t even think about it,” he explained, adding: “But I had a couple of years when it seemed to go away and I picked it up again.”

George was first diagnosed with advanced bowel cancer in April 2014 and, after undergoing extensive treatment, returned to the screen in November 2015.

But in January last year, he revealed that the illness had returned.

He had told The Telegraph in 2016 that while it was a “relief” when he received the all clear the first time, he had been “under no illusions” and knew it could come back.

He told the publication: “There is a huge relief when the doctor tells me it is clear again. But I am under no illusions. The doctor warned me last year, ‘Your cancer knows the road, the pathway out of the gut’. It can happen again.”

In January 2019, George was back in work after a year off to fight the disease, but it returned again this summer.

His agent told the Press Association in June: “George Alagiah will aim to be on air as much as possible, but may need to reduce his workload in the next few weeks as he begins a new regime of treatment to deal with a recent recurrence of his cancer. He is always grateful to the public for the tremendous support he has received.”