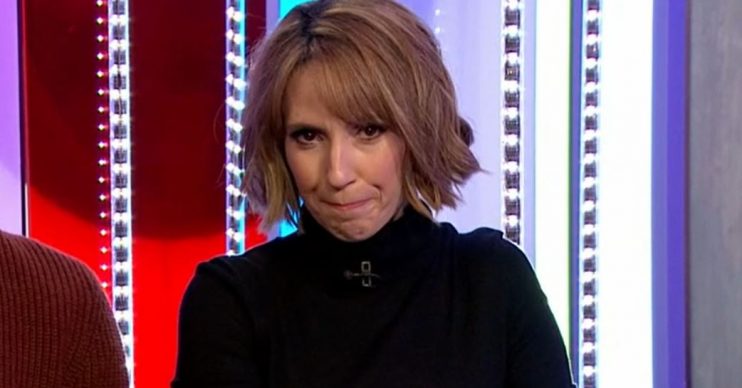 The One Show: Alex Jones forced to intervene as Al Pacino tries to walk off mid-interview

Presenter Alex Jones had to intervene when Hollywood star Al Pacino almost walked off in the middle of his interview on The One Show.

During last night’s (February 4 2020) episode, the Scarface and Heat actor was on to chat about his new Amazon Prime project, Hunters, with his co-star Logan Lerman.

Read more: The One Show confirms Matt Baker’s leaving date and promises a ‘massive send off’

After talking through the new series, which follows a group of Nazi hunters working in New York in 1977, Alex turned away from the guests to address the viewers at home.

“Well, it grips you from the first episode,” she explained. “You can see it, it’s Hunters, it’s on Amazon Prime Video from February 21st.”

Her co-host, Matt Baker, then took over and started to say: “Now, Al’s caused…”

But he was interrupted by the legendary actor, who was half raised from the couch as he said uncertainly: “I was just going to leave!”

“You’ll want to see this,” Matt assured him, and the programme cut to clips of iconic scenes from Al’s best films, with members of the public explaining which roles were their favourites.

I was just going to leave!

Elsewhere in the interview, Al got a laugh from the studio audience when he seemingly forgot what talk show he was doing.

Logan had explained how deeply they got into their roles for Hunters by talking extensively and working through the script – so much so, that they would even dream about it.

Al agreed: “You always dream about the things you’re doing.”

Alex wondered: “Did you dream about The One Show last night?”

But Al appeared confused, looking between the two presenters, before Alex explained: “This is The One Show!”

The actor grinned and said: “This is The One Show? Aw gee, I should’ve known.”

Did you enjoy watching Al Pacino’s interview? Leave us a comment on our Facebook page @EntertainmentDailyFix and let us know.