Share Share Share
Samantha Womack has shared a new selfie with her social media followers, which proves life away from EastEnders is treating her very well!

The actress looks stunning and oh-so-youthful in the picture, with her trademark blonde hair replaced with a gorgeous chestnut shade.

Her usual centre parting has been pushed to the side, with shorter layers framing her face.

Cute freckles across her nose lend a youthful look to her face. 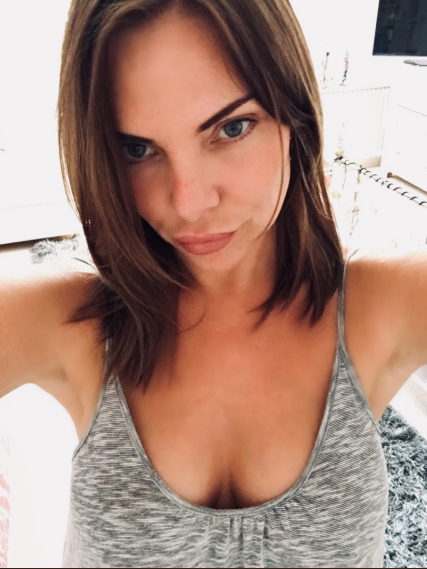 Sam, who left EastEnders at the very start of 2017, when her character Ronnie Mitchell drown alongside sister Roxy, captioned the picture: "Girl On The Train is darker."

Another exclaimed: "Must be something in the water I've gone darker as well xx Sam yrs looks lovely u so much younger xx"

A third posted: "Woah cool look, if someone had shown me that photo I would not have guessed that was you!"

The 43-year-old is taking the title role in the UK theatre tour of popular thriller Girl On The Train, penned by Paul Hawkins. Emily Blunt played the part in the film adaptation.

SAMANTHA WOMACK (@Sam_Womack) will headline the UK Tour of The Girl on the Train from January 2019.

Adapted from Paula Hawkins’ novel – an international phenomenon selling over 20 million copies worldwide – this gripping new play will keep you guessing until the final moment. pic.twitter.com/R8HjRj3r9g

Earlier this week, Sam revealed she had just completed a shoot for the publicity of the show.

Have just finished my first photo shoot for Girl on the train. In theatres next year 🤪🙏🏻

This isn't the first time Sam has turned to the dark side... she sported a poker-straight, raven wig last year for her stint in The Addams Family.

Last week Sam denied reports that she was set to do this autumn's Strictly Come Dancing.