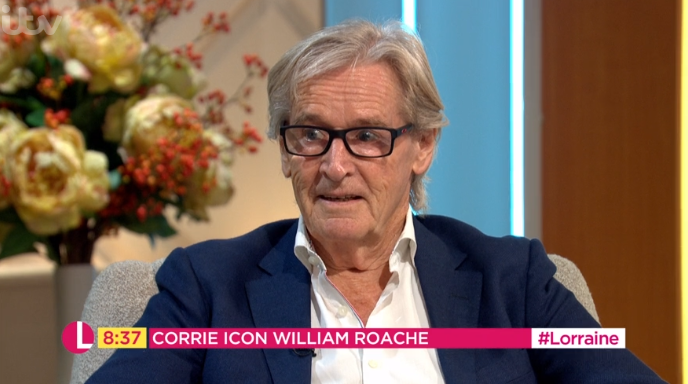 He believes meditation is the secret to a long life

William Roache has dismissed speculation that Coronation Street’s Ken Barlow is to die anytime soon, insisting he will be on the soap until show bosses no longer want him.

The 87-year-old star has played Ken in the ITV soap since its first episode on December 9, 1960.

He has revealed he had to recently reassure one of his friends that his alter ego isn’t going to pass away in the near future, after viewers grew concerned when Ken coughed in a recent scene and was subsequently admitted to hospital with pneumonia.

He said: “Someone rang me up to say, ‘I gather you’re dead.’

“It was just to show that I’d caught a bit of a cold. And just before one scene the director said, ‘Bill, will you just cough in this scene.’

“While I can do it and while they want me I will be there.”

Bill does regularly exercise and is part of a Fun Fit group, which seems him and others play basketball, run around, and do star jumps, among other aerobic activities.

While I can do it and while they want me I will be there.

Speaking on Lorraine, he added: “I do a thing called Fun Fit. It’s an hour, there’s a group of us, young kids and up to me. We are broken up into teams and have to do star jumps, running, a bit of basketball, and a bit of tag and running around.

Bill recently admitted he believes meditation is the secret to a long life.

He told This Morning: “I call it a tea break from life and what you need is a place in your home where you can leave all your worries behind for five minutes.

“You can’t stop your thoughts, so let them go through. You need to control what you’re thinking about.”

Bill also believes that ageing depends on an individual’s mindset and places importance on cell renewal.

He explained: “Ageing is a belief process, if you think you’re going to get slower as you get older, then you will slow down.

“Your cells renew themselves all the time, so if you slow down, the cell renewal process slows down.”