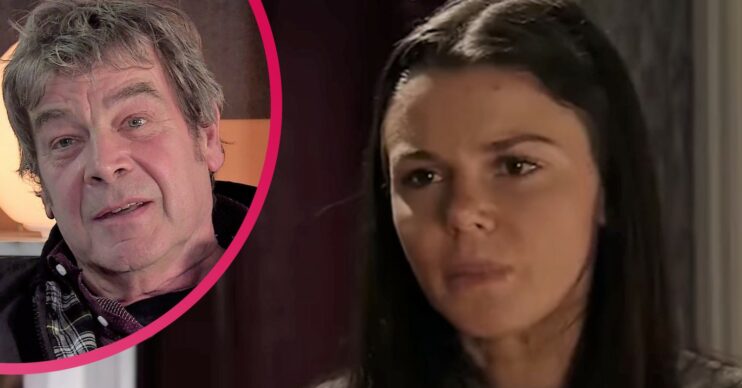 Why wasn’t Kate at Johnny’s funeral in Coronation Street? Who else was missing?

Coronation Street fans were left disappointed last night when it was revealed Kate Connor did not return for her father Johnny’s funeral.

Kate is Johnny‘s youngest daughter and many viewers hoped she’d make a return after her dad died.

However, there was no sign of her. So where was she? And why didn’t she come back?

Kate is currently living in Bali, where Johnny was planning to move to just before his death last month.

At the funeral, Carla Connor, Johnny’s other daughter, Jenny Connor, his ex-wife, and Daisy Midgeley were the main grievers.

Peter Barlow, Ryan Connor and Daniel Osbourne were also there, but that was it.

“I must mention lovely Kate who’s gutted that she can’t be here with us today.”

However no reason was given for her not being able to get there. We can assume that as she’s in Bali flight restrictions have made it impossible for her to get home due to COVID.

But that isn’t good enough for fans.

I hate that we couldn’t have a quick visit from Kate for Johnny’s funeral. #Corrie

@Faye_Brookes OMG Kate missed her own Dad’s funeral seriously? Too many reminders of both Aidan & Rana maybe? #Corrie 💔

Kate couldn’t make it to her dad’s funeral? What a load of bollocks!😂😂😂😂😂#corrie

Kate not bothered about attending her Dad’s funeral? #Corrie

Who else was missing?

It wasn’t just Kate’s absence that caused a stir among those watching at home.

For a successful businessman who’d lived on the Street for many years, the congregation celebrating his life was very small indeed.

Jenny’s surrogate mum Rita wasn’t there to support her, plus Johnny’s brother and niece Michelle failed to turn up. Not to mention all the other cobbles residents who worked for Johnny at one time or another.

Where’s Rita? Wouldn’t she normally be glued to Jenny’s side on a day like this? Former Step-Mum & all that? #Corrie #RIPJohnny 💔

#corrie not many people at the funeral, where’s Rita?

What a poor turnout!
Where are his brother and family… you know Michelle’s parents? Michelle too come to think of it!
Also the girls that worked for him when he had the factory and the pub customers from his time in the pub?
So unrealistic #Corrie sort it out.

How did Johnny die?

Jenny had fallen into the sewers when the sinkhole in the Platts’ garden collapsed. Johnny jumped in after her to save her.

However, although Jenny got out, Johnny was too weak to save himself.

He heard late son Aidan‘s voice, managed to tell Jenny he loved her, then was swept away under water and drowned.

Coronation Street: Why did Johnny leave his money to Jenny not Kate?

At Johnny’s funeral on Wednesday November 17, Carla and Jenny both gave heartfelt eulogies.

Jenny was a bit of a mess and at the wake began to knock back the wine. As Carla and Peter urged caution they were interrupted by Jenny’s phone ringing.

The call was Johnny’s solicitor, who told her she was the sole beneficiary of Johnny’s will and he’d left her £20k.

She drunkenly told Daisy she didn’t feel like she deserved the money: “That money should go to Carla or Kate or baby Susie even, not me.”

Even Jenny doesn’t know why she inherited his cash. She tried to give the money to Carla, but Carla said he’d given her money for the factory a while ago so she didn’t want it. Though she was hurt he didn’t even make a gesture to her.

So why didn’t Johnny leave his money to his kids or grandchild? Was it an oversight on his part that made him forget to change his will when he and Jenny divorced? Or did he really want Jenny to have it?

It was clear right to the end that he still loved her – maybe this was his way of showing it?

Will Jenny make it right and hand the gift on to his kids? Or will she keep the cash?