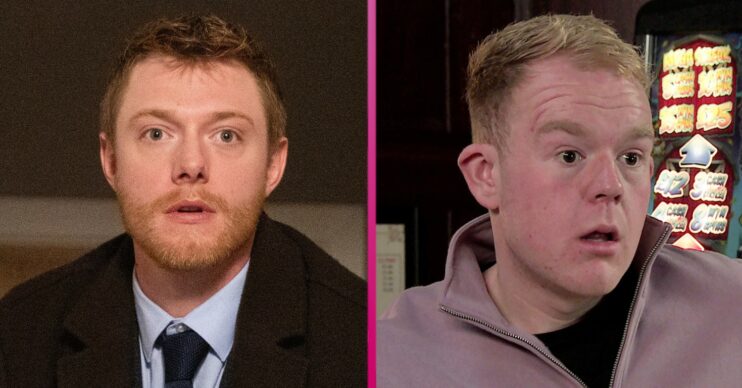 Why is Coronation Street on tonight? Why has ITV’s schedule changed?

Corrie usually isn't on on a Tuesday

Coronation Street isn’t usually on on Tuesday nights, however tonight (Tuesday, February 1) there will be an episode.

Why is Coronation Street on tonight?

Coronation Street is on for an hour tonight with the episode starting at 8pm.

This is because there is no Coronation Street on Friday, February 4.

Why is Coronation Street not on on Friday?

Read more: 5 Coronation Street plots that should be revisited and given a proper conclusion

Coronation Street isn’t on on Friday due to the Live FA Cup Football.

What happens in tonight’s episode of Corrie?

Tonight Max swipes the keys to Daniel‘s flat. He lets himself in and starts smashing the place up.

He accidentally breaks a clay imprint of Sinead’s, Daniel’s and Bertie’s hands.

Daniel returns home to discover his flat trashed with Max emerging from the bedroom.

When Daniel finds the broken clay imprint, he shoves Max out the door. Max trips and falls down the stairs. Daniel stares at the teenagers seemingly lifeless body and calls an ambulance.

As Daniel comes out of his flat, an officer explains that he’s investigating what happened to Max Turner.

Meanwhile Beth hears Faye enquiring about a job at the factory for Craig. She’s shocked to learn he’s resigned from the police.

She later confronts Craig and demands to know why he’s quitting. Craig assures Faye that leaving the police force was his choice and he’ll talk to Sarah about a job in packing tomorrow.

A panicky Nina shares her fears about Asha’s train journey to Glasgow with Roy.