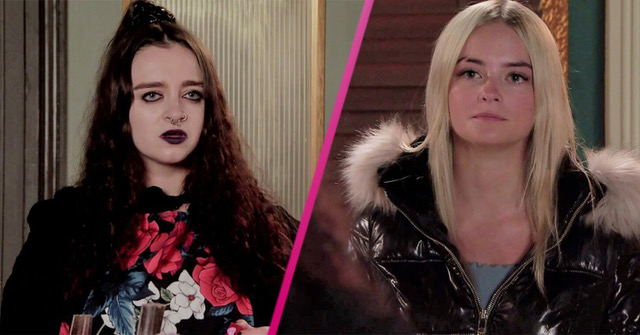 Why is Coronation Street on tonight? Kelly faces a return to prison already in Tuesday’s episode

Is she responsible for vandalising Dev's car?

Coronation Street is changing its schedule this week as it airs an extra episode tonight.

We’ll have a visit to the cobbles on Tuesday, November 9 at 8pm for an hour-long outing.

Why is Coronation Street on tonight?

Coronation Street is airing tonight instead of Friday, November 12.

The show is being bumped from Friday’s schedules due to international football. England will take on Albania in a World Cup qualifier.

Emmerdale also won’t air on Friday and is putting out an hour-long episode tonight at 7pm.

Kelly is struggling and desperate to make amends with Nina, but it ends up getting her in even more trouble.

Meanwhile, Summer gets the wrong end of the stick about Daniel, Aadi is destroyed by Dev yet again and Leanne tries to help Sam any way she can.

All this and more in tonight’s Corrie.

Is Kelly going back to prison?

After ‘murderer’ was graffitied across her wall, Kelly scrubs away the words with a heavy heart. She wants to make it right with Nina and asks Dev how she is.

Dev tells her Nina’s devastated after losing the ring Seb gave her, so Kelly tries to make it up to Nina by presenting her with a ring, pretending it’s the one she lost.

Nina knows it’s a different ring and Kelly admits she went to York to find a replacement for her. Unimpressed, Nina chucks the ring back in her face and leaves Kelly heartbroken.

Roy advises Nina to cut Kelly some slack as he thinks she’s genuinely sorry. But will he be eating his words when Dev’s car is scratched and everyone assumes Kelly is responsible?

Kelly insists she didn’t vandalise Dev’s car, but she’s questioned by Craig when the guy she went to York with denies having seen her at all. Is Kelly heading back inside?

Summer gets the wrong end of the stick?

Daniel reveals his babysitter has let him down and Summer suggests she tutors Max over at Daniel’s place so she can look after Bertie too.

Max is thrilled to spend time alone with Summer, while Daniel is pleased to have secured a sitter.

When Daniel arrives home later, he offers to share his takeaway with Summer and she’s thrilled.

She later overhears Adam questioning Daniel’s intentions towards Daisy, but believes them to be talking about her. She’s excited to think Daniel may reciprocate her feelings. Is she heading for a fall?

Aadi talks to Dev about his plans to move to London, hoping his dad will fund his rent. Dev explains he doesn’t want to lose Aadi to a London firm so is going to make him general manager of his three shops instead.

However Aadi’s happiness is short-lived when Bernie reveals Dev can’t afford to help Aadi because he spends all his money on Asha. Aadi is gutted that once again he’s playing second fiddle to his sister.

Meanwhile, Dev takes delivery of his new car. When he later notices a scratch, he blames Kelly, but is she really responsible?

Nick and Leanne have realised it’s time to seek help for Sam as he remains mute.

After an appointment with Dr Gaddas, Sam is referred for talking therapy at Mental Health Services. Will it help him out of his black hole?

Coronation Street airs this week on Tuesday at 8pm, and Wednesday at 7.30pm and 8.30pm on ITV.