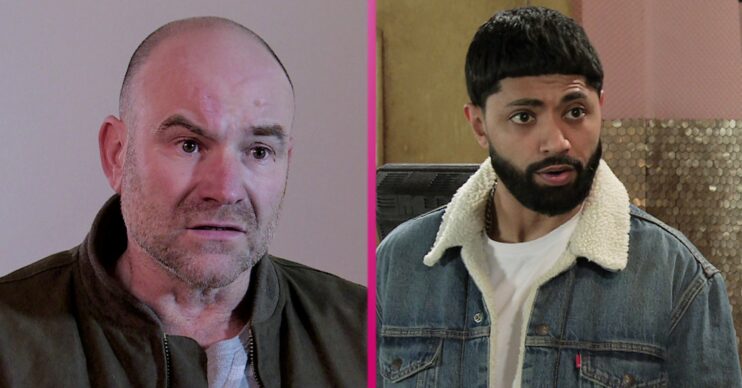 Why is Coronation Street not on tonight? Schedule change!

Corrie is usually on for an hour on Fridays

Coronation Street usually airs on Fridays, however there will be no episode tonight (Friday, January 7).

There is no episode of Corrie tonight as the Live FA Cup Football is on.

It’s Swindon Town v Manchester City. Coverage is from 7.30pm-10.20pm with a kick-off starting at 8pm.

Where can I catch up?

For those wondering when the extra episode is airing, Corrie was on Monday, Tuesday and Wednesday this week.

If you missed any episodes they are available to watch on ITV Hub.

When is Coronation Street back on?

The next episode of Coronation Street will be on Monday, January 10 2022.

Spoilers: What’s happening in the next episode?

In Monday’s episode, Alya tells Ryan that she’s worried Zeedan will end up telling Marrium the truth about her father’s death.

Meanwhile Yasmeen offers Stu a full time job at Speed Daal and a roof over his head. But she makes a shocking discovery when cleaning out the spare room.

Gemma and Chesney are shocked to learn Joseph is being bullied at school because they can’t afford to buy him things.

At Aggie‘s insistence Tim returns to see the cardiologist who explains the operation in detail and confirms he’ll receive a letter with a date.

Later he tries to pluck up the courage to tell Sally about his heart operation. However he’s interrupted when Sally reveals Sophie has broken her wrist in a moped accident in Crete.

Meanwhile Craig returns from a run with a sprained ankle and Faye is horrified when Tyrone gives him Ted’s crutch.

Will you be watching Corrie next week? Leave us a comment on our Facebook page @EntertainmentDailyFix and let us know what you think.