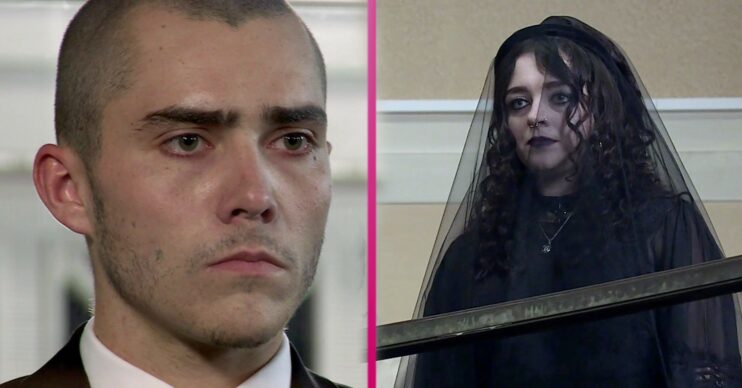 Why is Coronation Street not on tonight and when will it return?

It’s a big week for ITV’s Coronation Street, but fans are kicking off because the regular two Wednesday episodes due to air tonight are not on.

Fans usually take a trip Weatherfield every Wednesday at 7.30pm and 8.30pm for their latest dose from the cobbles of Corrie.

But tonight there’ll be nothing to see.

Viewers who were looking forward to seeing the next instalment of the Seb Franklin murder trial will have to wait until the end of the week.

With two characters pointing the finger at each other, followers are dying to know which way the jury will go.

ITV will instead be s screening the World Cup qualifier match between England and Poland, which will be live from 7.15pm.

What have fans said about Coronation Street not being on?

Disgruntled viewers took to social media to vent their anger at being made to wait – all for a football match.

Good morning all, so football is today replacing coronation Street yet again, so now we have to wait for the trial results.

What I’m affected by is you taking this off the screens for bloody football!!!!!

What’s happening in Coronation Street at the moment?

Seb, who was played by Harry Visoni, died earlier this year after becoming the victim of a brutal hate crime alongside former girlfriend Nina Lucas.

Seb and goth Nina were picked on by Corey Brent’s cruel gang back in May and were attacked because of the way she dressed.

On Monday, fans watched as Kelly Neelan gave her side of the story from the fateful night that resulted in the death of Seb – with Corey and Kelly Neelan taking to the witness stand in court last week.

Kelly recalled from the witness stand how Corey attacked Seb and kicked him repeatedly despite her begging him to stop.

However, Corey told the court on Friday night’s episode that Kelly had assaulted Seb, resulting in his heartbreaking death earlier this year.

His lawyer Sabeen went on to suggest that she attacked Seb in order to impress Corey before Kelly’s mum Laura took to the stand, defending her teenager daughter and pleading her innocence.

So will the jury believe Kelly or Corey?

When will Coronation Street return?

Usually Corrie is on screen at 7.30pm and 8.30pm on Mondays and Wednesdays. Viewers will have to wait until Friday’s hour long special at 7.30pm to find out what happens next.

What do you think of this story? Pop along to our Facebook page @EntertainmentDailyFix to let us know.