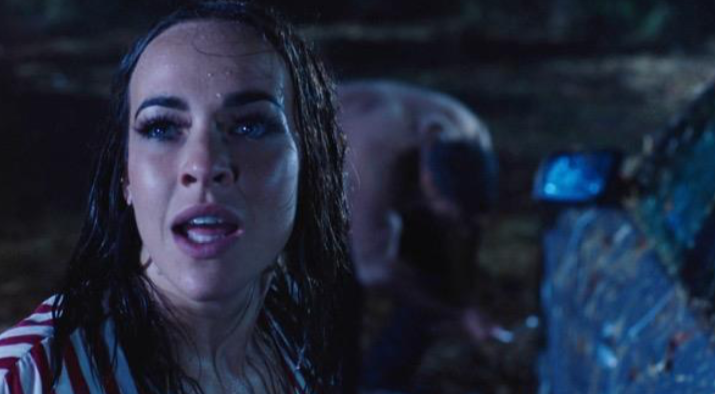 Who's going to meet their maker as the storm continues to ravage Hollyoaks Village?

As the huge storm batters Hollyoaks this week, there’s already been more than enough drama in the village, with Ste and Harry’s wedding, and Tegan’s heartbreak over little Rose calling Diane ‘Mummy’.

But there’s more to come, because one major character is going to be killed off – and the sad death happens in tonight’s E4 episode.

But who’s going to breathe their last as Storm Belinda hits?

Last night’s E4 ep saw both Lily and Tegan fighting for their lives, but will it be one of them or someone else who meets their maker?

Could Ste and Harry’s big day end in disaster? Let’s face it, their union isn’t exactly a match made in heaven, because Harry’s been cheating on Ste with James Nightingale.

And now Ste’s heard all about it, via their swanky wedding car’s bluetooth connection. Could Harry pay the ultimate price for his crimes?

Or perhaps the Lomaxes could end up saying farewell to their beloved brother, Ste on his wedding day. Sob!

Or what about James? He’s just found out he’s a dad. And he was really, really horrible to poor Romeo.

Read more: Sinead O’Connor is back in Hollyoaks – and Sienna Blake should be VERY afraid!

Could Romeo get into danger and James die trying to save him?

Or maybe Romeo could be the one who meets a sorry end as the storm crashes into the village?

Romeo’s secret love, Lily McQueen could be for the chop after she sunk underwater in the pond last night when the bridge collapsed beneath her.

Now we know Dee Dee’s out of the woods, maybe one of the other children in Hollyoaks could be in danger. Rose, perhaps, who went missing during the storm? Or wedding guests Leah and Lucas?

Or how about Tegan, Peri or Leela? Tegan was left last night fighting for her life after being crushed by a tree and her lung collapsing.

Misbah is going to attempt to save her using makeshift equipment in Dirk’s abandoned shop. Will the emergency operation go horribly wrong?

Let’s be honest, in Hollyoaks anything could happen.

Who do you think is going to die in Storm Belinda? Let us know by commenting on our Facebook page @EntertainmentDailyFix!