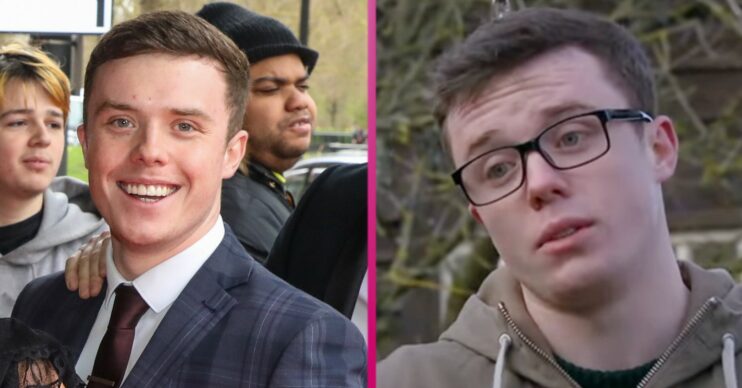 Bradley Johnson has played Vinny Dingle in Emmerdale since 2019, but what do we know about the actor?

Who does Bradley Johnson play in Emmerdale?

Bradley Johnson plays Vinny Dingle in Emmerdale. Vinny made his first appearance in January 2019 as the son of Mandy Dingle.

Vinny and Mandy left after a short visit but returned again in September 2019.

Who is Vinny Dingle in Emmerdale?

Vinny Dingle is the son of Paul Ashdale and Mandy Dingle.

Mandy first met Vinny when he was a baby on her first date with his father, Paul.

Paul and Mandy clicked and by the end of the week, she moved in with Paul.

Initially they were happy, however Paul began gambling and abandoned Mandy and Vinny two days after Vinny started school.

Mandy continued to raise Vinny as her own and he refers to her as his mother.

After Mandy told her family the truth, Vinny was welcomed by the Dingles.

How old is Bradley Johnson?

Last year, it was speculated that Bradley Johnson was dating Isobel Steele, who plays Vinny’s fiancée Liv Flaherty in Emmerdale, after the two appeared to go on holiday together.

However Isobel later confirmed that she and Bradley are not together, but they are good friends.

Speaking to Metro.co.uk, she said: “Brad is wonderful and such a good friend of mine. We are very similar and work really well together when we have scenes just us two.

“I can see why people jumped to conclusions, seeing two characters spending time together on and off-screen.

“For the record me and Brad are not in a relationship. We are just very good friends who enjoy each other’s company out of work as well as in work.”

In 2017, Bradley was a contestant on BBC talent show Let It Shine.

He told the panel he had been singing since he was five and received a stand ovation after his moving performance.

Bradley also shares his musical performances on his Instagram and during lockdown, he performed for the Woolpack sessions which were streamed on Emmerdale’s YouTube channel.

What else has Bradley Johnson been in?

Bradley was acting before being cast in Emmerdale.

In 2007 he played Blake as a child in And When Did You Last See Your Father? Bradley’s character was the younger version of Colin Firth’s character Blake.

In 2010 he played the role of Ross Dwyer in Five Days and young Reggie in Shameless.

In 2014 he played Johnny Briggs in Harriet’s Army and the following year he was in The Syndicate playing Noah Stevenson.

Dog sharing with his grandmother

Bradley has a dog named Barney and he revealed in an interview on Lorraine last month that he dog shares Barney with his nan.

Speaking about deciding to dog share, Bradley told Lorraine: “All my life I wanted a dog but my mum’s allergic, so it’s been like ‘no you can’t have a dog Bradley, you can’t have one.’

“Then I moved out of my house a year ago now and I was like ‘can I get a dog? No it’s unfair obviously working and leaving the dog at home all day.’

“And then, she’s going to kill me for saying this, but my grandma rang me up a year and a half ago drunk on New Year’s Eve. She was like ‘Bradley, should we get a dog?’ and I was like ‘absolutely, yes.’

“So we got little Barney and when I’m at work, he’s at grandma’s. He’s a little dream, it’s brilliant.”