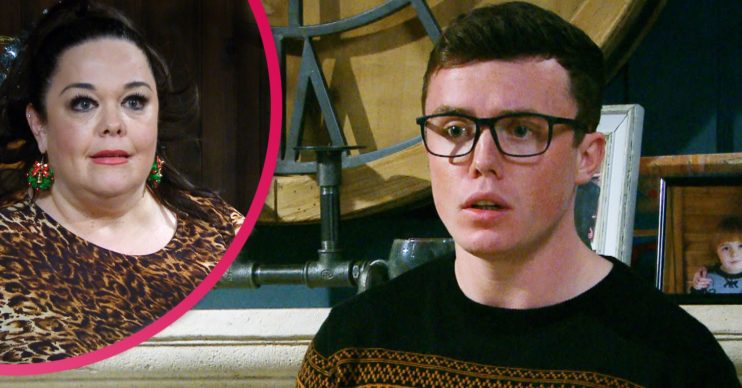 Who plays Vinny in Emmerdale and when did he first appear?

Vinny is a part of the Dingle family

Vinny first appeared in Emmerdale back in 2019. But who who is he and who plays him?

Vinny Emmerdale: Who plays him and what else has he been in?

He made his first appearance as the character in January 2019.

Before being cast in the ITV soap, Bradley appeared on the BBC talent show Let It Shine.

He performed Bring Him Home from the musical Les Misérables in front of Dannii Minogue, Martin Kemp, Gary Barlow and Amber Riley.

In 2015 he played Noah Stevenson in The Syndicate. He also played young Reggie in Shameless.

Vinny Emmerdale: Who are his parents?

Mandy isn’t Vinny’s biological mother. She first met Vinny when he was a nine month old baby. The name of Vinny’s birth mother has never been revealed.

Read more: Who plays Nate Robinson in Emmerdale and who are his parents?

Mandy went on a date with Paul and they very quickly moved in together. Mandy then raised Vinny as her own child.

When Vinny was four, Paul abandoned him and Mandy. Mandy refused to put Vinny in care and continued to raise him as her own.

Last year, Mandy revealed to Vinny that shortly after Paul left she discovered she was pregnant with his baby.

But she lost the baby and was unable to have children afterwards.

Who is Vinny’s girlfriend?

Vinny’s girlfriend is Liv Flaherty, who is the half-sister of Mandy’s cousin Aaron Dingle.

Although she is related to Aaron, she is not technically a Dingle.

When did Paul’s gambling begin?

During this relationship with Mandy, Paul began gambling and got into debt.

He eventually left them and they didn’t see him again until 2020, when he returned to the village.

Paul wanted to get to know his son but Mandy was against the idea as he had caused them so much pain and trouble in the past.

Paul went against Mandy’s wishes and got himself a job at the scrapyard where Vinny worked, under a different name.

When Mandy figured out what Paul had done, he admitted to Vinny he was his dad.

Eventually Mandy forgave Paul as it seemed like his gambling was in the past and they got back together. However Vinny discovered his dad had been gambling again.

When he tried to convince him to get help, Paul began physically abusing Vinny.

A few weeks ago, Mandy found out Paul was gambling again and ended their relationship.

Read more: What did Faith do to make Cain and Nate upset – what made her leave?

But when he was kidnapped by Connor, she desperately tried to get him back and ended up scamming Connor in an attempt to free Pail.

However what Mandy doesn’t know is Paul wasn’t actually kidnapped and it was a set up by him and Connor to get money from the Dingles.

Recently Mandy agreed to give their relationship another go. But will she find out the truth about Paul’s scheming?