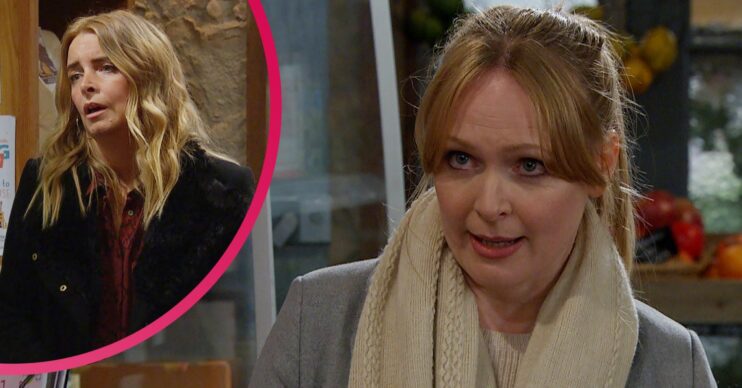 Who plays Vanessa’s son Johnny in Emmerdale? Has he been recast?

Johnny is back in the village

Vanessa recently returned to Emmerdale and in last night’s episode (Tuesday, January 4) her son Johnny appeared, now also back in the village with her.

In tonight’s episode (Wednesday, January 5) Vanessa and Johnny ran into Charity and Nate in David’s shop and the young boy was thrilled to see his adoptive mum.

He told her that he missed her and Charity suggested they could see each other now he’s back in the village, but Vanessa wasn’t keen on the idea.

Who is Johnny in Emmerdale?

Johnny is the son of Vanessa Woodfield and Kirin Kotecha, however Kirin has no contact with his son.

At first it was thought Adam Barton was Johnny’s biological father after Vanessa had a one-night-stand with him.

A DNA test said that Adam was Johnny’s biological dad but it turns out Kirin’s dad Rakesh got hold of the results when they arrived and edited them, as he didn’t want Kirin to be a father yet.

However a second DNA test proved that Johnny was in fact Kirin’s son.

In 2020 he was adopted by Vanessa’s then fiancée Charity Dingle, making her his adoptive mother.

Johnny is also the nephew of Tracy Metcalfe and cousin to her daughter, Frankie.

Jack has recently taken over the role from Luca Hepworth who played Johnny from 2015 until the characters last appearance in May 2020.

Michelle Hardwick recently welcomed Jack to the show on Twitter sharing a picture of her and Jack on-screen as Vanessa and Johnny.

She captioned the post: “A huge welcome to Jack who now plays Johnny Woodfield in @Emmerdale.

“He’s a little star and a pleasure to work with.”

A huge welcome to Jack who now plays Johnny Woodfield in @emmerdale He’s a little star and a pleasure to work with ✨🌟♥️ pic.twitter.com/7LWCpBPNoj

Where has Johnny been?

In 2020 Vanessa went to look after her mother who had a bad fall and Vanessa was also having chemotherapy for her bowel cancer.

In October 2020 Vanessa became distant with Charity and she feared Vanesa would leave her.

Upset, she ended up kissing Moira’s brother Mackenzie, unaware of who he was at the time. However what she didn’t realise is Vanessa’s sister Tracy saw this and took a picture.

Later Vanessa told Charity the reason she was acting distant was because she had an appointment for another scan and didn’t want to worry her.

Vanessa planned to return to the village but Tracy showed Vanessa the picture of Charity and Mack kissing.

Vanessa made the decision to stay away from the village with her son Johnny and broke up with Charity.