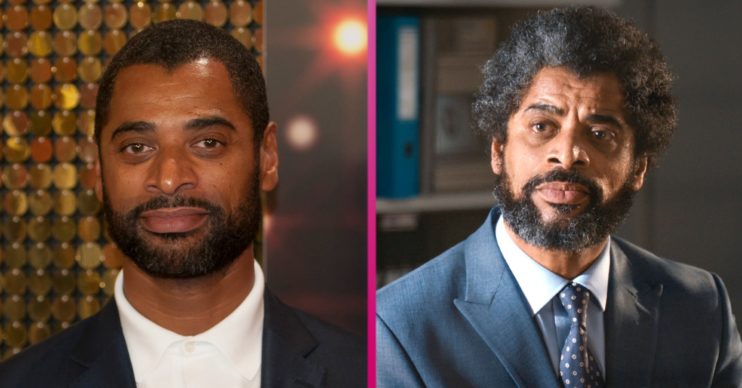 Who plays Treve Harding in Holby City? Here’s where you recognise Karl Collins from!

You may recognise the actor from a popular soap

Holby City character Max McGerry runs into old flame Treve Harding in tonight’s episode (Tuesday, May 25), but who is Treve and who plays him?

Who is Treve in Holby City?

In tonight’s scenes, Max continues to bury her head in the sand about the BRCA1 diagnosis, leaving Louis worried about his mum.

When Louis learns that Max lied about making an appointment with the consultant, he urges her to stop running away from her problems.

Max struggles to decide whether to have the life-saving surgery. But soon she is reunited with an old flame.

Max is delighted to see Treve at the hospital and they immediately reconnect over old times.

After an overwhelming day, Max is tempted to turn to booze until she comes to her sense and goes to meet Treve.

She tells Treve she will go ahead with the surgery, but only if he performs it.

Between 2015 and 2019 he played Louis Loveday in Hollyoaks. In 2019, Louis was killed by serial killer Breda McQueen.

You may also recognise Karl from his roles in EastEnders, The End of the (bleep) World, Black Mirror, Silent Witness, Doctor Who, Death in Paradise and This is England ’90, Your Mother Wouldn’t Like It, Grease Monkeys, Parallel 9

Karl has also appeared in the popular 2011 film Attack The Block, which starred Jodie Whittaker and John Boyega.

Has Karl been in Holby City before?

This isn’t the first time Karl has appeared in Holby.

In 2004 he played a character called Ken Thompson and in 2012 he played Len Grace.

Want more from Holby City? Entertainment Daily has a dedicated Holby City spoilers section for you to get your fix before the latest episodes air.