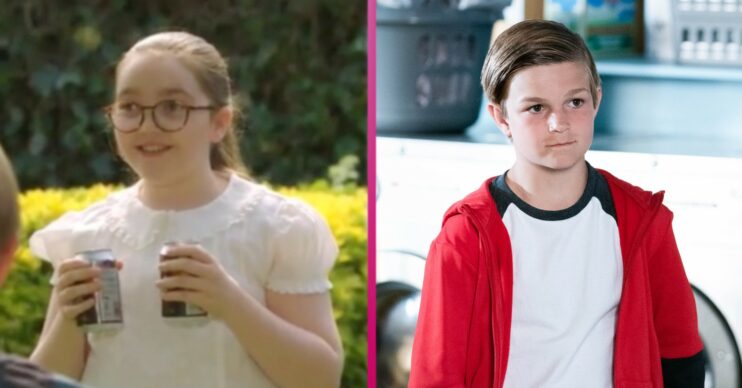 Who plays Scarlett in EastEnders? What else has Tabitha Byron been in?

Scarlett is in Walford

Earlier this week Kat Slater was not happy to find out Tommy Moon had been speaking to a woman online.

Upset, she took away his devices, but in tonight’s episode he snuck off to meet who he had been talking to.

Kat, Whitney, Callum and Lexi found Tommy in the park, but were shocked when they realised Tommy had actually met up with Scarlett Butcher, who he believes is his cousin.

Who is Scarlett, what’s her real relation to Tommy and who plays her?

Who is Scarlett in EastEnders?

Scarlett is the daughter of Janine Butcher and Michael Moon.

Scarlett was born three months premature. She was christened at the hospital with Ricky Butcher and Whitney Dean as her godparents.

Michael died in 2013 after being stabbed by Janine.

When Janine was arrested for Michael’s murder, Scarlett went to live with her aunt, Diane Butcher.

In 2014, Janine left Walford, but Scarlett revealed she had been living in foster care after her mum left her.

However with Janine Butcher set to return, how will Scarlett react to seeing her mum?

What is Scarlett’s relation to Tommy?

Scarlett and Tommy believe they’re cousins, however they are actually half-siblings.

Tommy is also the son of Michael Moon, but he believes Michael’s cousin Alfie is his father.

Will Kat tell him the truth?

Tabitha is well-known for playing Constance Calendar in CBBC series Hetty Feather from 2017 until last year.

In 2018 she appeared in National Theatre Live: Cat on a Hot Tin Roof.

The same year she played Bonnie in short film Femi.

Last year she appeared in TV mini-series The Third Day and Small Axe.

Earlier this year she played Dayna in a filmed called Sweetheart.