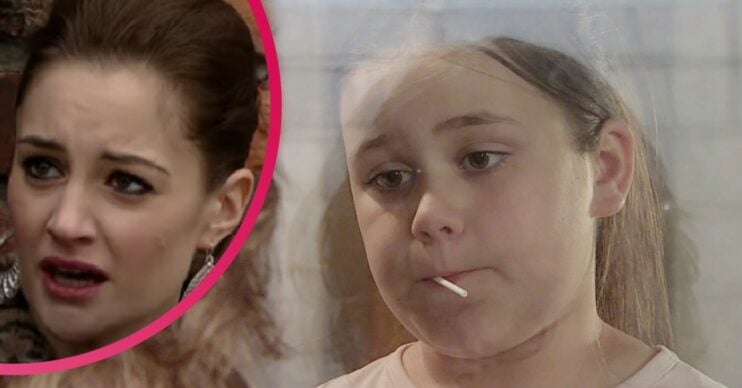 Who plays Lily Platt in Coronation Street? What happened to Lily’s mum, Kylie?

Lily has been through a lot in her life

Lily Platt has been a character in Coronation Street since 2013, but who is she and who plays her?

Who is Lily Platt in Coronation Street?

Lily Platt is the daughter of David Platt and his first wife, Kylie, who died in 2016.

She is also the half-brother of Max Turner. Max and Lily have the same mother and although David has raised Max and treats him as his own, his biological dad is Callum Logan, who died in 2015.

Before Lily’s birth, David found out Kylie slept with his half-brother, Nick, meaning there was a chance he could be Lily’s dad.

David then indirectly caused a car crash with Nick, leaving Nick in a coma.

After Lily was born Nick blackmailed David into getting a DNA test done and it confirmed David was Lily’s  dad.

Lily is currently played by Brooke Malonie. Brooke has played Lily since 2016.

Originally the little girl was played by twins Ava and Lily Bushell from 2013 until 2014 and then from 2014 to 2016 twins Betsie and Emmie Taylor took over the role.

How did Lily and Max’s mum, Kylie, die?

In 2016 Kylie managed to convince David to move to Barbados with Max and Lily.

They planned for the four of them to go and live with Kylie’s sister, Becky Granger.

The couple were about to celebrate the news but as Kylie was on the phone to her husband, she noticed a confrontation at the kebab shop.

She came off the phone and saw her friend Gemma was being harassed by Clayton Hibbs.

Clayton pushed Gemma, knocking her unconscious. Kylie ran after him, but Clayton stabbed her.

She soon died in her husband’s arms as they waited for the ambulance.

David went on to remarry Shona Ramsey, who also happens to be Clayton’s mother.

Clayton went to prison for Kylie’s murder, however Shona disowned him after he kidnapped and took her hostage after escaping prison.

He is now back in prison.