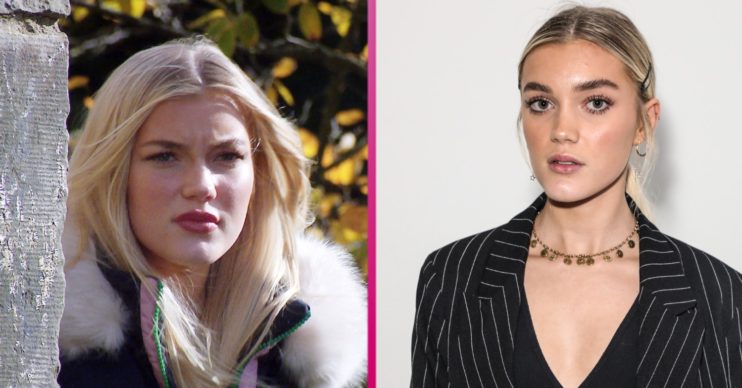 Who plays Leanna in Emmerdale? Who is actress Mimi Slinger?

Leanna has been a part of Emmerdale since 2018, and is the daughter of Dr Liam Cavanagh.

During her two years on the soap, Leanna has proved she’s not a character to be messed with,

In recent weeks, she has been trying to get Gabby Thomas into trouble at her new job as revenge for accusing Liam of making advances towards her.

But who plays Leanna in Emmerdale?

Who plays Leanna in Emmerdale? What else has she been in?

The actress grew up in Singapore before returning to the UK to study at Sylvia Young Theatre School in London.

In 2014, Mimi made her stage debut where she appeared in The Sound of Music, playing Birgitta Von Trapp.

Before being cast in Emmerdale, Mimi played Clara in the 2017 film Heidi: Queen of the Mountain.

Emmerdale: A short history of Leanna

When Leanna first appeared, she was the stepdaughter of Maya Stepney and it was no secret the teenager wasn’t a fan of her stepmother.

Eventually Maya and Liam split when he discovered she had been having an affair with David Metcalfe.

The police soon started to chase them. While Leanna, Jacob and Noah managed to get away, Sarah was caught.

Last year, David and other villagers, including Leanna, learnt that Maya had been grooming Jacob.

Leanna was disgusted to learn that her former stepmother was a paedophile.

After Maya was released from prison, Jacob was desperate to see her. Shortly afterwards, Jacob ended up sleeping with Leanna.

Afterwards, Jacob said some nasty things to Leanna. However he later apologised and she forgave him.

Earlier this year, Jacob and Leanne began dating. But he recently left the village to go spend some time in Portugal.

What does Mimi think of Leanna?

Earlier this year, Mimi described Leanna as “troublemaker” and even said she would avoid people like her character.

As reported in Digital Spy, the actress said: “Leanna is a troublemaker and loves the attention that comes with it. She’s that stereotypical mean girl who creates drama to keep her position.

“Unlike Leanna I was not a troublemaker but definitely could be a bit cheeky on occasion!

“Leanna and people like her would definitely be the sort that I’d steer away from. She’s someone I’d find it difficult to be friends with on some levels.

“She’s got a hard exterior because of everything she’s been through. That hard façade causes her to almost bully and disregard other people’s feelings too often.

“I personally couldn’t support this because I’ve experienced unkindness from bullies and I’ve seen its effects on others.”