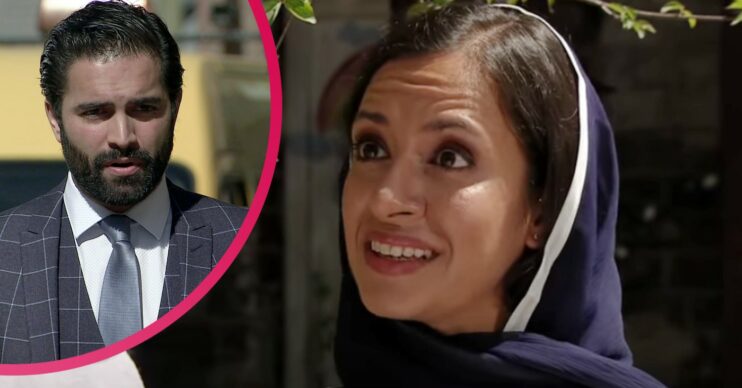 Who plays Imran’s ex-wife Sabeen in Coronation Street? What else has she been in?

In tonight’s Coronation Street (Monday, August 23), Sabeen Habeeb returned to Weatherfield, but who is she and who plays her?

Who is Sabeen in Coronation Street?

She first appeared in August 2018 for Imran’s father’s funeral.

Imran was furious to find out she had been invited by his mother Saira as the two were currently going through divorce settlements.

The couple had split as Imran kissed Sabeen’s best friend on his stag night.

She appeared in a couple of episodes before leaving Weatherfield.

However when she returned tonight, she told him she would be the barrister on Corey Brent’s large defence team.

Who plays Sabeen in Coronation Street?

What else has Avita Jay appeared in?

Coronation Street isn’t the only soap Avita has appeared in.

She played Veronica in short film Miser’s Dream in 2018.

Avita has also had roles in films The Rezort, The East London Story: Slap or Die, Twent8k and London Paris New York.

What’s next for Sabeen and Imran?

Later this week, after Corey’s identity is leaked online, Imran and Sabeen lock horns at the pre-trial review as Imran reveals he has new evidence about the blood splatters on Kelly’s trainers.

However he’s conflicted when both Kelly and Corey are offered a reduced plea to manslaughter.

What will Imran do?

Do you recognise Avita? Leave us a comment on our Facebook page @EntertainmentDailyFix and let us know what you think.