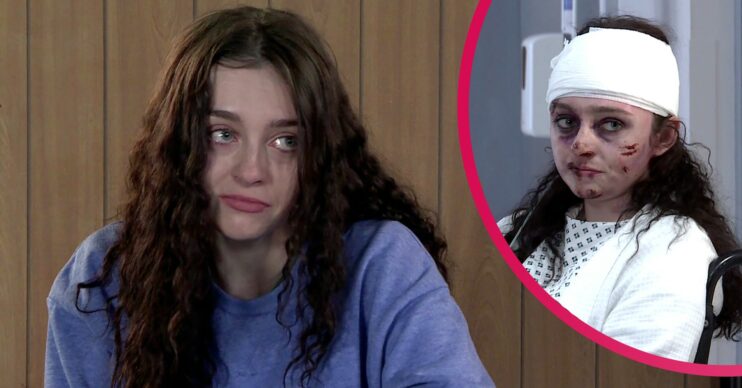 Who is Nina Lucas in Coronation Street? All the tragedies in her young life

Poor Nina has been through a lot of heartbreak in the short time she’s been in Roy’s life. She lost her dad to pulmonary fibrosis and was taken in by Roy, even though she resisted getting to know him at first.

The two have built a sweet relationship and have grown very close.

But recently Nina has suffered more heartache. She and boyfriend Seb Franklin were attacked by a gang of thugs led by Corey Brent. While Nina survived the beating, Seb died.

Nina Lucas in Coronation Street is played by Mollie Gallagher. The young actress took on the role in 2019.

Mollie is 23 years old and  lives in Manchester with her boyfriend, Dan Myers who plays guitar in the band Inego.

When she first appeared in Corrie, there were rumours that she was Oasis singer Liam Gallagher’s daughter.

But though Liam has a daughter called Molly, with former girlfriend Lisa Moorish, her name is spelled differently.

Nina’s first romantic entanglement on the Street was with close friend Asha Alahan.

The pair admitted they shared feelings for one another and enjoyed an intense few weeks together. 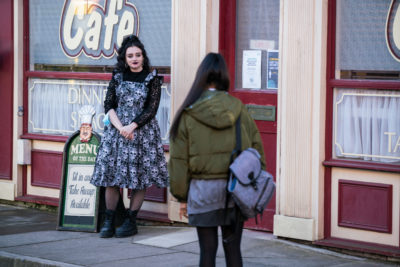 But Nina wasn’t totally on board with Asha’s declarations of love and she called time on their romance.

Nina went on to find love with Seb, while Asha rebounded back into horrible Corey’s arms.

But it’s possible Asha’s not totally over Nina yet.

When Nina Lucas fell in love with Seb in Coronation Street, it wasn’t all plain sailing at first. Nina was upset when she overheard Paul Foreman mocking her  goth looks, and Seb didn’t stick up for her.

Seb worked her to win Nina back over and the pair made up.

They started making plans for their future and admitted they were smitten with each other.

But their love story ended in tragedy when the cute couple were attacked on their way home.

In a story inspired by the real life story of tragic Sophie Lancaster, Nina and Seb were attacked because of the way Nina looked.

A gang led by Corey and Kelly Neelan among others, beat up poor Nina and Seb.

Nina was horribly hurt, but Seb was injured even more badly and didn’t survive.

Poor Nina was devastated to lose the love of her life. She even went off the rails for a little while.

But with the support of Roy, and Seb’s mum Abi Franklin, and the other people on the Street, Nina is recovering.

But is there more sadness in her future?