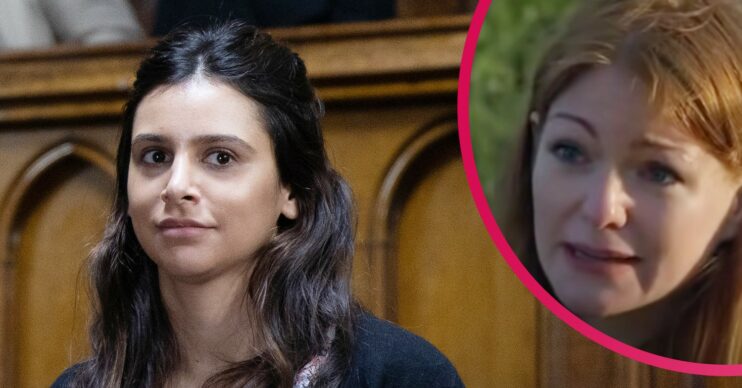 Who is Nadine Butler in Emmerdale? How did she die and why wasn’t Meena charged with her murder?

Nadine has been mentioned several times over the last year

Nadine Butler is one of Meena’s first victims in Emmerdale.

Meena claims her and Nadine were best friends, but viewers know she murdered her before arriving in the village.

What do we know about Nadine, who are her family and why wasn’t Meena charged with her murder?

Who is Nadine Butler in Emmerdale?

Nadine Butler has never been seen on-screen, but we know she was the former best friend of Meena Jutla.

Nadine’s parents are Roger and Madeline Butler and she has a sister named Carol who appeared in December 2021 and returned for Meena’s trial tonight (Monday, April 11 2022).

Nadine and Meena first met when they were both training to be nurses. However Nadine died at the age of 22.

Viewers first heard about Nadine last year when Meena confided in Diane Sugden that her best friend Nadine took her own life.

However it turned out that Meena was the one who killed Nadine.

How did Nadine Butler die?

Leanna began to question Meena about Nadine and she told her she was her best friend who took her own life.

Leanna found out Nadine spent the evening with three friends Tanya, Danielle and Sunny before their spa break from the article and questioned why Meena wasn’t there if she was Nadine’s ‘best friend.’

The teenager continued to read the article and found that Nadine was found dead in her car after inhaling carbon monoxide fumes and the police suspected foul play.

Eventually Meena confessed to Leanna that she killed Nadine and went on to murder Leanna to keep her quiet.

Why did Meena kill Nadine?

In December 2021, Meena told her sister Manpreet about Nadine.

Soon Manpreet decided to do some digging and managed to get in contact with Carol.

Manpreet and Carol met up and Carol was shocked to hear from Manpreet, as Meena told her she died in a car crash with the rest of her family

Carol went on to explain that Nadine took Meena in when Meena’s husband threw her out and Meena began controlling Nadine’s life and isolating her from her friends.

Nadine was planning to go to the spa for the weekend with some friends to try and turn her life around.

But Meena didn’t like that and tried to drive a wedge between Nadine and her other pals.

Nadine was later found dead in her car and although police suspected foul play, Meena covered her tracks and Nadine’s death was ruled suicide.

Why wasn’t Meena charged with her murder?

As Nadine’s murder was ruled a suicide, it would appear there’s no solid evidence to prove Meena killed Nadine.

However viewers know she did murder Nadine as she has confessed to Leanna.

Will Meena ever admit to police that she killed Nadine?