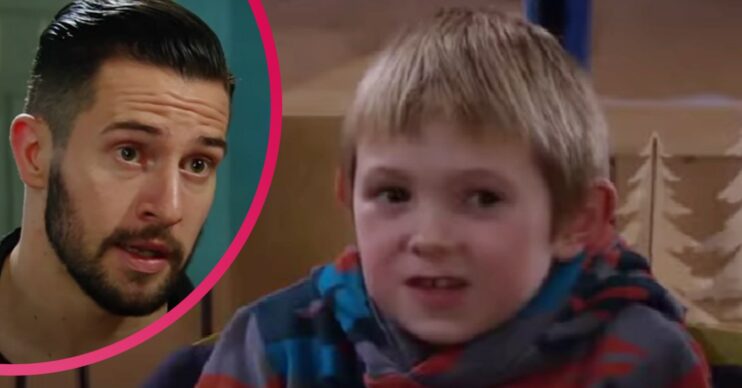 Who is Moses’ father in Emmerdale? Where is Ross Barton now?

Moses' birth came as a shock to the Dingle family

Moses Dingle is the youngest child of Charity Dingle.

In 2015 Charity shocked her family when she gave birth to a baby boy in prison.

But who is Moses’ father, how many siblings does he have and how old is he now?

Read more: Why did Ross leave Emmerdale and will we be seeing him on-screen again?

Who is Moses’ father in Emmerdale?

In 2015 Charity Dingle was in prison for perverting the course of justice.

On June 11 2015 Charity’s daughter Debbie was visiting her mum in prison and Charity went into labour.

Debbie had no idea her mum was pregnant and no idea that Ross Barton was the baby’s father.

Later Debbie discovered Ross was the father of her baby half-brother, which came as a real shock as Debbie had been cheating on her fiancé Pete (Ross’s brother) with Ross.

Emmerdale: How many siblings does Moses have?

Moses has no biological siblings on Ross’s side. Ross’s girlfriend, Rebecca, has a son called Seb (whose father is Robert Sugden).

However on Charity’s side, Moses has three older half-siblings; Debbie, Ryan and Noah.

How old is Moses now?

Moses was born on June 11 2015 meaning he is currently six but will be turning seven this week.

Where is Ross Barton now?

In 2018 Ross, Rebecca and Seb moved to Liverpool.

Ross didn’t take Moses with him.

Moses currently lives with his mum Charity, her boyfriend Mack and niece Sarah.

Noah also technically lives with Charity, however he is currently in prison, serving a three month sentence for stalking Chloe Harris.

Although Moses doesn’t live with his dad and Ross hasn’t been seen on-screen since 2018, Charity has mentioned either taking Moses to Ross’s or Ross coming to the village to collect their son.