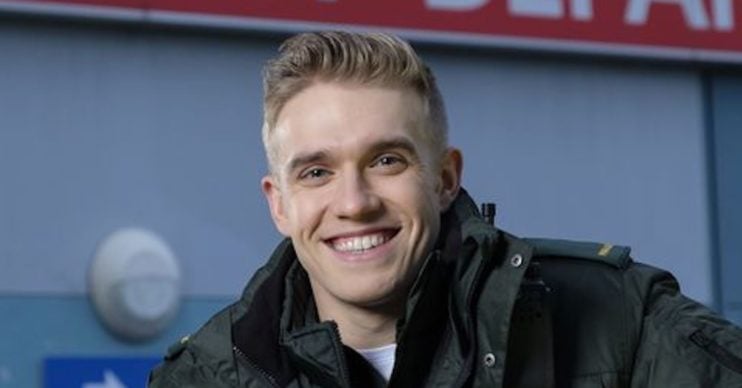 The medical drama is getting a brand new paramedic

Casualty is getting a brand new paramedic in the form of actor Bobby Lockwood.

The actor will play the role of newcomer Leon Cook from tonight’s episode of the medical drama.

Who plays Leon Cook in Casualty?

“I have absolutely loved playing Leon and it’s a privilege to be representing paramedics and the NHS at such a critical time,” Bobby said at his casting.

“COVID has made our job harder, I can only imagine how difficult it must be for our actual heroes on the front line.”

Casualty boss Loretta Preece said: “I am thrilled that Bobby Lockwood is joining our cast as the irrepressible paramedic Leon North.

“Bobby is adorable and has the most extraordinary comic timing.

“The Casualty building has been abuzz since Bobby joined us and I am confident that the audience will take Leon to their hearts.

“While Leon often finds himself inadvertently creating comic situations, we also see his character grow through his demanding and emotional work as a paramedic.

“Leon is a natural with the public, he feels things very deeply and everyone who encounters him seems to be charmed by him… Except for Connie Beauchamp but that’s another story.”

Who is Bobby Lockwood?

Actor Bobby shot to fame in The Bill in 2006 before landing major roles in children’s television series.

Last year he appeared in two episodes of The Emily Atack Show.

As well as his acting, Bobby is also known for his appearance on BBC talent show Tumble.

Read more: Casualty new series: How did the last series end and what’s happening in the COVID special?

He beat boxer Carl Froch and Girls Aloud’s Sarah Harding to win the gymnastics-themed talent show back in 2014.

The actor was visibly overcome with emotion when he was crowned the show’s champion despite suffering from a nasty injury.

He said at the time: “After the week we have had, we didn’t even know if we would be able to perform so to actually win is mental.”