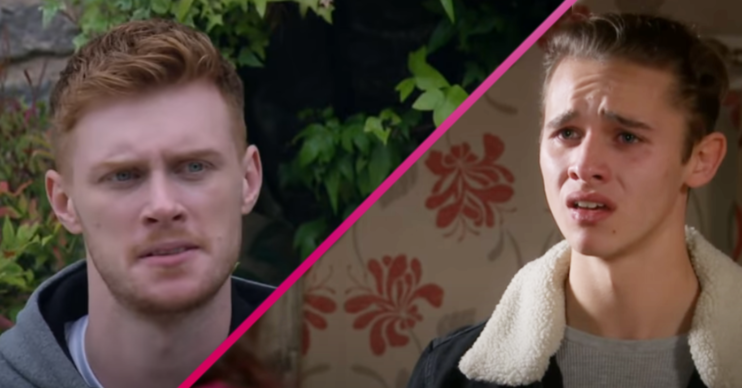 And who is returning?

Every year Emmerdale welcomes new characters and says goodbye to some much-loved ones, but who is leaving Emmerdale in 2021?

It was recently reported that Max Parker would be leaving the ITV soap after two years playing Luke.

According to The Sun Max will leave the show in the coming weeks.

A source told the publication: “Max was never going to stay on the soap for years.

“He’s ambitious and a talented guy – he’s already auditioning for new roles and excited for the future.

“But never say never – there’s always a chance he could return one day.”

In recent scenes he told his mum Wendy he was leaving the village.

Joe-Warren is returning to our screens very soon after a six month break, but could his character meet a grisly end soon?

Over the last six months, Jacob’s dad David has been dating Meena.

Meena has proved to be trouble and spoilers reveal she isn’t when David tells her to hold off on moving in with him, as he wants to spend some time with Jacob.

Meena begins to see Jacob as an obstacle to her and David’s happiness. Could she go as far to kill him to get her out of their way?

Michelle Hardwick’s character Vanessa left the village last year to help look after her mum and to have her chemotherapy.

She planned to return to the village last year after being told her final scan results showed she was all clear.

However she learnt Charity had cheated on her with Moira’s brother Mackenzie and ended their relationship and refused to come back to the village.

In real-life Michelle Hardwick is on maternity leave as she gave birth to her son Teddy.

While Emmerdale has not confirmed when Michelle will be back, it’s thought she will be returning this year.

Last year, Emmerdale stopped filming as the UK went into the first coronavirus lockdown in March 2020.

When the show returned viewers were confused when Kerry Wyatt mysteriously vanished from the village.

Laura and her fiancé Mark Jordon later announced in OK! magazine that they were expecting their first baby together.

In February of this year Laura announced that she had given birth to a baby boy.

While no date for Kerry’s return has been announced, it’s thought that Laura will be returning towards the end of 2021 or maybe even early 2022. 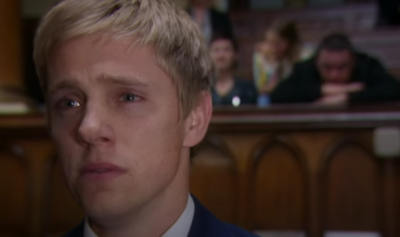 Recently Robert has been mentioned a lot in the show, leaving fans hoping that he will come back.

In 2019, Victoria was raped by Lee Posner. Lee denied raping Victoria and he and his mum Wendy began to harass her.

Robert ended up losing his temper and hit Lee over the head with a shovel. Lee later died in hospital.

Later Robert was sentenced to life in prison with a minimum of 14 years.

At court, Luke turned up and it was revealed he is Lee’s brother.

Later Vic and Luke started a relationship, however recently it was revealed he and been catfishing their friend Ethan on a dating app and talking to other men.

Ethan told Luke’s mum Wendy what Luke had been up to.

Luke admitted in 2019 he was in a relationship with a man Steven. However when Lee discovered Luke had been dating a man and began to beat him up.

Luke pushed his brother off him and Lee ended up falling and hitting his head.

Lee was unconscious but soon got up and left and was later hit by Robert.

After finding out the new information, Wendy was determined to find out if it would lessen Robert’s sentence.

An Emmerdale spokesperson recently told Digital Spy: “There are no current plans for the character of Robert to return.”

However anything is possible in soapland.