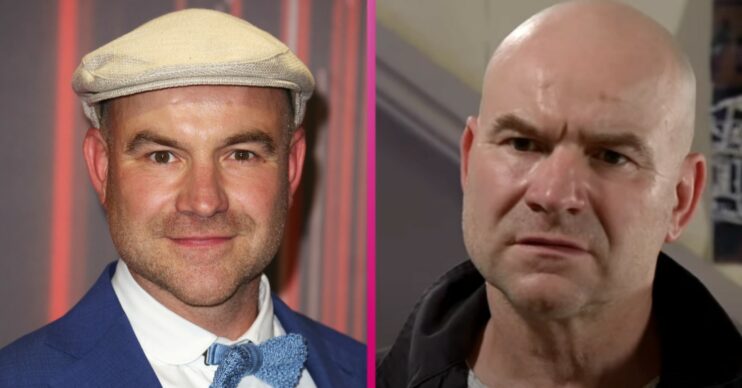 Who is Joe Duttine engaged to and who does he play in Coronation Street?

Joe Duttine has been in Coronation Street since 2013, but who does he play? What other shows has he been in and who is he engaged to in real life?

Who does Joe Duttine play in Coronation Street?

Joe plays Tim Metcalfe in Coronation Street. He joined the soap in 2013 and was revealed to be the biological father of Faye Windass, who had been adopted by Anna Windass.

He went on to marry Sally Metcalfe, becoming a stepfather to her two daughters Rosie and Sophie.

However Tim wasn’t Joe’s first Coronation Street role. In 2010, he played D.S Carr for many episodes.

How old is Joe Duttine and who are his family?

His father is called Geoffrey and Joe’s uncle is actor John Duttine.

Who is Joe Duttine engaged to?

In 2018 it was reported that Joe and Sally had begun dating and in 2019 the couple revealed they had moved in together.

In March 2020, they announced that Joe had proposed to Sally during the first Covid-19 lockdown.

When are Joe Duttine and Sally Carman getting married?

Joe and Sally originally planned to get married around Christmas time 2021, but due to Covid restrictions, Sally announced in May 2021 she had postponed the wedding.

However she revealed she loves Christmas so much that that’s when she and Joe will get hitched – in 2022.

Speaking on Loose Women in May 2021, Sally revealed: “I’m not quite sure where we’re going to be in December. The way things have been dealt with, I didn’t want to risk arranging a wedding.

At the time she said: “We should have been getting married this December, but we put it to next year because we didn’t know what the score was going to be COVID wise.”

“We thought it was better safe than sorry because I would have hated to have arranged it and then not be able to do it properly.”

The actress went on to add: “I’m obsessed with Christmas so when Joe said ‘What’s your favourite time, when would you most like to do it?’ it had to be Christmas.”

What else has Joe Duttine been in?

In 1993 he played the Stage Manager in TV mini series The Buddha of Suburbia.

He has also had roles in many popular TV shows including Between the Lines, Lovejoy, A Touch of Frost, Silent Witness, Shameless, Waterloo Road, Scott & Bailey, The Syndicate and Casualty.

Last year, Sally shared a photo on her Instagram of her and Joe in a hot tub.

It was revealed to her followers that Joe has a huge tattoo across his chest, shoulder and arm.

It appears to show the wings of an eagle.