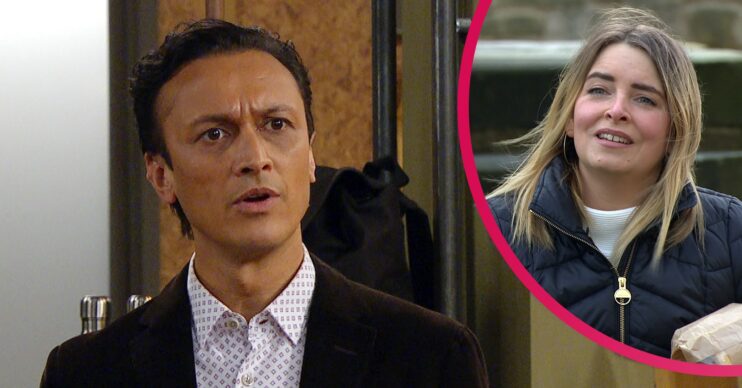 Who is Jai Sharma in Emmerdale? Why did he kidnap Charity Dingle?

Jai has been in Emmerdale since 2009

Jai Sharma has been in Emmerdale since 2009, but who is he, how many times has he been married and when did he kidnap Charity Dingle?

Who is Jai Sharma in Emmerdale?

Jai is the son of Rishi Sharma and Georgia Sharma.

He has two younger siblings, a brother named Nikhil and a sister called Priya.

Before Mia’s death in 2011, she discovered Jai was her biological dad.

Jai is also the father of Archie Breckle and Eliza Macey. Jai gained full custody of Archie after his mum, Rachel, died in 2019. Meanwhile Eliza lives away from the village with her mum Megan.

In 2019, Laurel Thomas fell pregnant with Jai’s child, however the couple made the difficult decision to have a termination.

How many times has Jai been married?

Jai has been married twice. His first wife was Charity Dingle, who he married in 2012.

He has also had a short romance with Rachel Breckle.

Currently Jai is in a relationship with Laurel Thomas.

Why did Jai kidnap Charity Dingle?

In 2012 Jai and Charity got married, however they began arguing over whether to have kids as Jai wanted more children but she didn’t.

He ended up having a one-night-stand with Rachel Breckle which resulted in her getting pregnant.

Rachel gave birth to Archie and eventually Charity found out that Jai is Archie’s father. The two went on to get divorced.

a couple of years later, when Jai and Charity were no longer together, Charity framed Rachel for the fire at Home Farm.

Rachel was dating Charity’s cousin Sam at the time and they disowned her when they found out. Jai was also disgusted.

Soon Charity was kidnapped by an unknown culprit and ended u0p being held in a shipping container in the woods.

It was soon revealed that the kidnapper was Jai.

Jai wanted Charity to tell him where Rachel and Archie were. Jai soon revealed Charity’s whereabouts to Sam before he ended up in a coma.