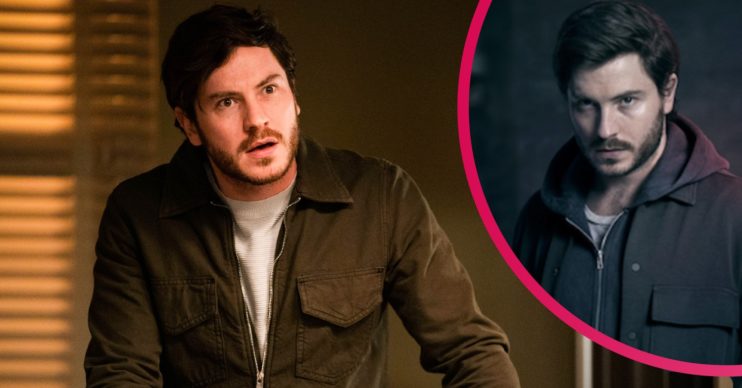 Who is Gray Atkins in EastEnders and how many times has he killed?

His victims are piling up - who could be in danger next?

Gray Atkins in EastEnders is a handsome, suave, wealthy solicitor who also just happens to be a murderer.

Gray arrived in Albert Square with his wife Chantelle – daughter of Karen Taylor and Mitch Baker – and their two children Mack and Mia.

On the surface, their marriage was perfect. Their gorgeous house, smart clothes and happy children seemed the icing on the cake.

But Gray was hiding a very sinister secret – he was abusing Chantelle and had been for years.

Who plays Gray Atkins in EastEnders?

Gray is played by actor Toby-Alexander Smith. He’d had roles in Doctors and Berlin Station, and starred as Lor-Ran in Krypton, before joining EastEnders.

Toby and his EastEnders co-star Jessica Plummer worked closely with Women’s Aid on Gray and Chantelle’s domestic abuse storyline and Toby has since become an ambassador for the charity.

Outside of work, Toby’s a rugby fan and he loves to sing. He’s in a relationship with fellow soap star Amy Walsh, who plays Tracy in Emmerdale.

When Toby received a BAFTA nomination for must-see moment of the year for Gray and Chantelle’s relationship, Amy took to her Instagram stories to congratulate her boyfriend.

Chantelle and Gray Atkins in EastEnders

Chantelle and Gray appeared happy when they first arrived in the Square in 2019, but after a couple of months of viewers seeing their ‘perfect’ family life, it was revealed that Gray was an abuser.

Chantelle’s agony wasn’t easy to watch as charming Gray controlled her and physically abused her.

When Chantelle got pregnant, she was pleased because it meant Gray would give her a break, even though she didn’t want another baby.

But Chantelle lost the baby and was too frightened to tell her husband at first. When she did reveal the truth, evil Gray raped her, in an attempt to get her pregnant again.

During lockdown Gray’s abuse of Chantelle got worse and, when EastEnders returned after the break from filming, it was with dramatic scenes involving the pair.

Chantelle wanted to leave her husband, and tried to make plans, but Gray was a step ahead of her all the time.

And when her escape route failed again, Chantelle confronted her husband.

But their argument ended in tragedy when Gray pushed Chantelle on to the open dishwasher and she was impaled on a knife. Cold-hearted Gray left his wife to die.

In December 2020, Gray was alarmed to discover Tina Carter had recognised the signs of abuse from his marriage to Chantelle. Tina had been in an abusive relationship herself so she was suspicious.

Trying to keep T quiet, Gray first attempted to make her the main suspect in an attack on Ian Beale. But eventually he snapped and strangled her, taking her body away in his car.

Gray developed a strange relationship with his children’s nanny Whitney Dean. Though they weren’t romantically involved, he wanted to control her and he wasn’t happy when she started a whirlwind romance with Kush Kazemi.

When Whitney and Kush got engaged, Gray was furious. And when they decided to flee Albert Square after Kush spoke out against the Mitchells, Gray couldn’t handle it. He followed them to the Tube station and when Kush was alone, he pushed him in front of a train.

Now Whit’s struggling to cope, and Gray’s keeping his head down. But will he kill again or will his murderous habits be uncovered?

Want to keep on top of all the latest EastEnders news? Entertainment Daily has a dedicated EastEnders spoilers section for you to get your fix before the latest episodes air.