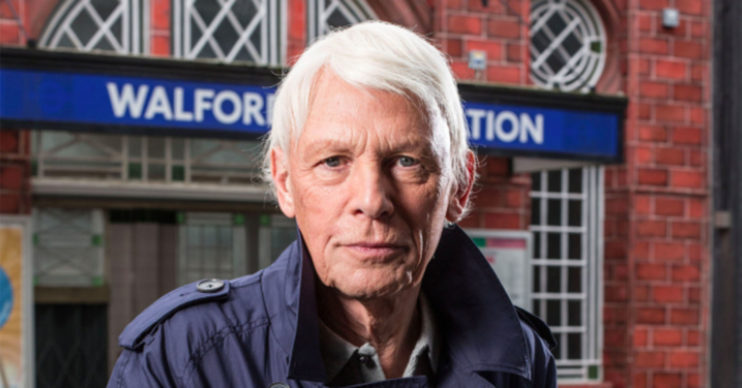 Who is Gavin in EastEnders and why do Kathy and Sharon hate him so much?

But who exactly was Gavin? And why is he such a hated figure?

Kathy Beale (Gillian Taylforth) has just heard word that Gavin has passed away.

She received the shocking phone call during her shift at the caf.

She was told he’s dead and that a memorial is being held that afternoon.

Letting Ian know that Sharon’s biological dad is dead, she’s in two minds whether to attend the service or not.

How does Kathy know Gavin?

They met after Kathy moved to South Africa, escaping her volatile relationship with husband Phil Mitchell.

Gavin and Kathy married in 2001 but the relationship was highly abusive and he ‘brainwashed’ her.

He even convinced her to fake her own death along with his.

The storyline was based on the real life ‘Canoe man’ story of  John and Anne Darwin.

But in 2015 Kathy returned to Albert Square to try and see her children.

However, Gavin sussed out her plan and attempted to kidnap her.

After Phil tried to free her from his clutches, Gavin was eventually arrested and is believed to have been in prison ever since.

Who did Gavin kill?

Gavin murdered his own sister, Margaret Midhurst, when she attempted to free Kathy.

He pushed her off a balcony and she fell to her death.

When was Gavin on EastEnders?

Gavin was first mentioned in 1990 when Sharon Watts hoped to locate her biological parents.

However, he did not appear on screen until 2015 when he was played by Paul Nicholas for some 30 episodes.

Why does Sharon hate Gavin?

Sharon was adopted by Den and Angie Watts at the age of three.

She didn’t meet him until 2015, and was disgusted to find out that her adoption was a business trade between Gavin and Den.

He told her: “I was hardly cut out to be a dad. I just never did kids.”

She found out that Den’s catchphrase ‘Hello, Princess’ was originally said by Gavin.

How did Gavin die in EastEnders?

The exact details of his death remain unconfirmed.

We expect more details about his death will be revealed as the episodes progress this week.