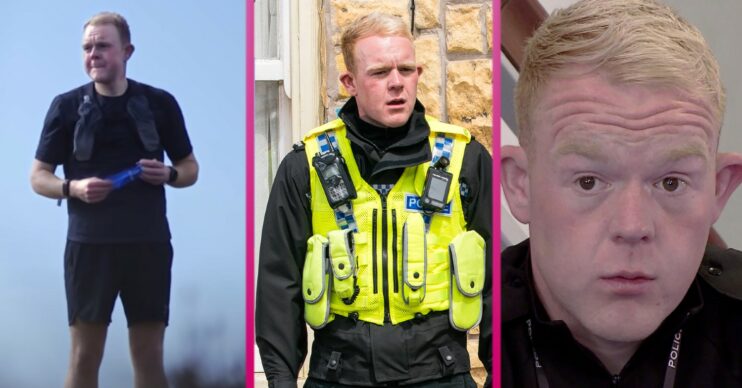 Who is Craig Tinker in Coronation Street and what is his mental health struggle?

What happened to his ex-girlfriend Faye Windass?

Craig Tinker in Coronation Street is the sweet-natured, earnest Weatherfield police officer who’s always first on the scene of any crime!

He’s the son of Beth Sutherland, stepson of Beth’s husband Kirk Sutherland, and former boyfriend of Faye Windass. And his dad, Darryl, is a career criminal who’s been in and out of prison.

But what’s his story? And is he really going to be loyal to dodgy PC Brody?

Craig Tinker in Coronation Street is played by actor Colson Smith. He joined Corrie in 2011, when he was just 12 years old, and has grown up on screen.

Colson has been open about the abuse he has received online because of his looks.

But he has recently become a health and fitness fan. He took up running over lockdown and he’s lost a lot of weight.

He even documented his progress in a short film called Bored of Being the Fat Kid, which you can watch on YouTube.

Craig’s first big story in Corrie was when he crossed paths with cobbles killer Karl Munro.

Karl had started the fire that killed Sunita Alahan and Toni Griffiths and Craig was convinced he knew the truth.

Though Karl tried first to bribe Craig into believing he’d had nothing to do with the fire, and then threatened him, Craig didn’t waver.

He told the truth and Karl was arrested.

Craig and Bethany Platt were close friends and Bethany was pleased when Craig was accepted into the police.

But she was shocked when his mentor turned out to be dodgy cop Neil Clifton – one of the gang of men who had groomed and raped poor Bethany along with Nathan Curtis.

Craig was torn between his friend and his police career but in the end he risked his job by recording Neil illegally.

Neil eventually went to prison for his part in Bethany’s abuse.

Craig Tinker in Coronation Street and his OCD struggle

In the aftermath of Bethany’s troubles, Craig developed OCD.

He had got a time wrong when he gave evidence at the trial, and began fixating on details. He became obsessed with time, and his disorder got worse.

Eventually Craig barricaded himself in the house, until Bethany helped him.

But it seems Craig managed to do enough of that by himself as he got mixed up with dodgy cop PC Brody.

PC Brody pulled over James Bailey and brother Michael when they were test driving a snazzy sports car.

And when the Bailey brothers protested, he slapped handcuffs on James. The footballer ended up tripping over a kerb and injuring himself.

But though PC Brody said he pulled them over because James was driving in a dangerous way, the Baileys are convinced they did nothing wrong and instead they believe PC Brody was unconsciously biased. He saw two young black men in an expensive car and assumed they were up to no good.

But Craig saw the Baileys in the car, too. He didn’t think they were driving dangerously and Brody asked him not to mention that.