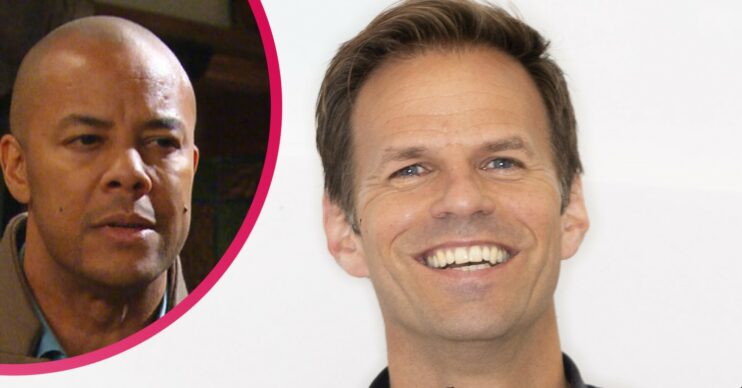 Who does former Hollyoaks star Ben Richards play in Emmerdale?

Ben Richards is joining the Emmerdale cast and details have emerged about his character.

The casting was announced by International Artists Management on social media recently, with Ben retweeting and saying: “Am so chuffed to announce this, gonna be fun #blessed #filming #Emmerdale.”

He began filming this month, but the show hasn’t released any details of his character as yet.

Who does Ben Richards play in Emmerdale?

According to The Sun Ben is set to play Gavin.

He’s an associate of Al Chapman – and where Al goes trouble follows so it won’t be surprising to learn Gavin is a bad boy.

An insider told the publication: “Ben’s a great signing for the soap and Gavin is going to ruffle a few feathers.

“He’s connected to Al and his scheme for the Woolpack and it’s going to be explosive.”

At the time of his casting, fans were thrilled to hear the actor was heading to the Yorkshire Dales.

And Ben himself is also super-excited and shared a snap from his first day on set earlier this month.

Fans were quick to comment: “Cannot wait to see you on our TV screens again,” said one.

“Can’t wait to see who you’ll be playing! Love Emmerdale (and everything you do – of course!),” added another.

A third chimed in: “Can’t wait to watch you on Emmerdale.”

However, upon hearing who Ben is playing, the tide turned a little…

Viewers seem to be underwhelmed by the fact yet another villain has been cast.

“Is anyone not dodgy in Emmerdale,” asked one.

A second added: “Meena, Al, Kim, Jai, Mac, Chloe’s Dad. Exactly how many villains does Emmerdale actually need at any one time, seriously?”

Another agreed: “This is getting so tedious.”

“Oh good. Emmerdale needs a new villain. They have not had one in years,” commented someone sarcastically.

Meanwhile, someone else said: “I called it. Knew he’d be a new villain. Emmerdale are absolutely ridiculous that’s about 12 in two years.”

What else has Ben Richards been in?

The actor then went on to star in Holby City as Justin Fuller.

Ben joined the cast of Hollyoaks as Sergeant Ben Bradley in 2014 and was there until 2016. His storylines included the death of his drug-addict daughter, and marriage to Sienna Blake.

Read more: Emmerdale off air until Tuesday in schedule shake up

What is Al Chapman’s Woolpack scheme in Emmerdale?

Viewers know Al has recently bought into the Woolpack after blackmailing Paddy over the horse-doping scandal.

Although Marlon and Chas weren’t happy, Chas is beginning to warm to Al and there’s set to be some flirty behaviour in the coming weeks.

But Chas doesn’t know his charm is all an act and he’s secretly planning to turn the local boozer into luxury apartments.

Fans have seen him checking over documents and plans for the development, but as yet, no one in Emmerdale knows it’s all an act.