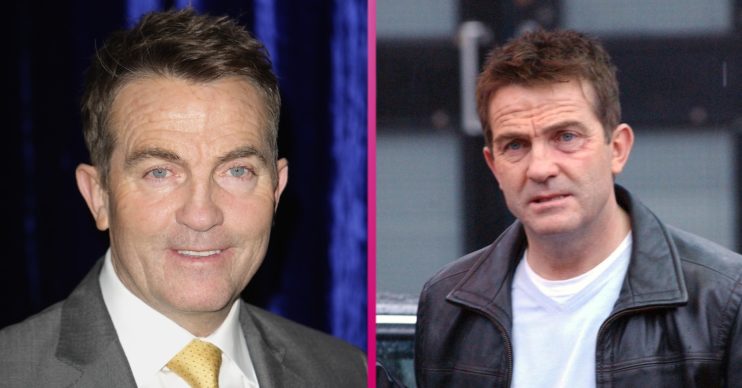 Who did Bradley Walsh play in Coronation Street? What happened to Danny Baldwin?

Bradley has previously said he wouldn't rule out a return

Who did Bradley Walsh play in Coronation Street?

Bradley Walsh played Danny Baldwin in the ITV soap. He made his first appearance on May 31st 2004.

Danny is the son of Mike Baldwin and Viv Baldwin. However he believed Mike’s brother Harry was his father up until Harry died.

Read more: Johnny Briggs Coronation Street Legend: When and how did he die?

However, Danny ended up having an affair with Jamie’s babysitter Frankie. He ended up leaving Carol for Frankie and took Jamie with him.

Jamie and Frankie had a son together called Warren in 1986.

Bradley Walsh in Coronation Street: What storylines was Danny Baldwin involved in?

Danny arrived in Weatherfield to help Mike with Underworld. Soon his wife Frankie turned up. She had previously cheated on him and wanted him to get back together.

Danny had a brief fling with Sunita but she didn’t know he was married and was upset when Frankie turned up.

Later Danny’s mum Viv turned up following the death of her husband Harry, who Danny believed was his father. But she dropped the bombshell that Harry’s brother, Mike, was Danny’s biological father.

Danny soon began an affair with Leanne Battersby, who was dating Jamie. When Jamie found out that his girlfriend had been sleeping with his dad, he was heartbroken.

Due to this, Frankie ended up kicking him out.

Later Mike was diagnosed with Alzheimer’s disease and Danny tried to use his illness to gain control over his assets. But he soon felt guilty and didn’t go through with it.

Mike died in April 2006 and Leanne soon found a copy of Mike’s will in his belongings leaving everything to his other son Adam Barlow.

Danny eventually threw Leanne out when she tried to blackmail him and he attempted to reconcile with Frankie.

However he was appalled when he discovered Jamie and Frankie were having an affair and moved away.

Will Danny Baldwin ever return?

Whilst Danny has never made a return to the show, Bradley has previously stated he wouldn’t rule out a return.

He also revealed he was urged not to turn his back on the role by Bill Tarmey, who played Jack Duckworth on the soap.

Bradley added: “The great Bill Tarmey, who played Jack Duckworth, said to me ‘always remember lad, don’t get killed off. It’ll be your pension.'”

Read more: What happened to Rana in Coronation Street? How is Kelly’s dad Rick involved in her death?

What else has Bradley Walsh been in?

Since leaving Coronation Street, Bradley has gone on to play Ronnie Brooks in Law & Order: UK.

He also played Graham O’Brien in Doctor Who and is well known for hosting ITV game/quiz show The Chase.