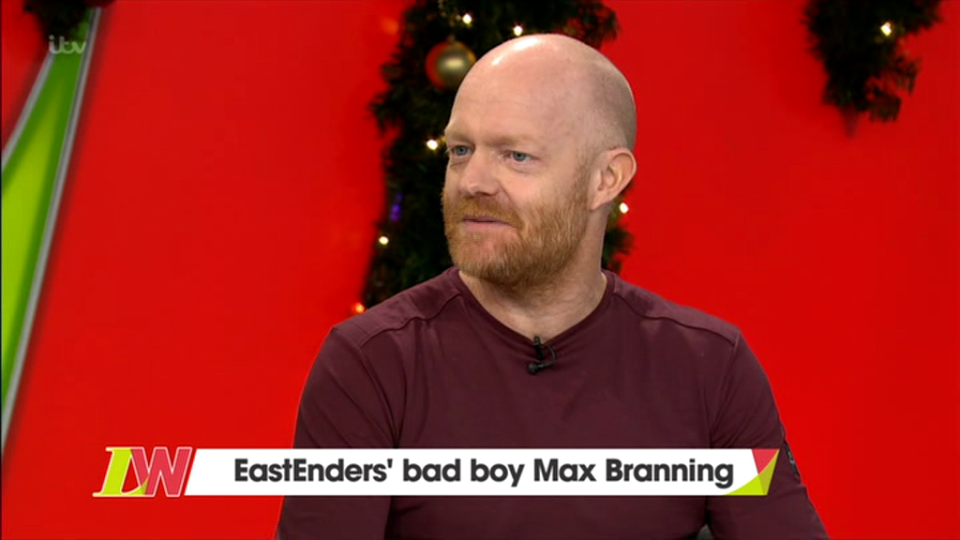 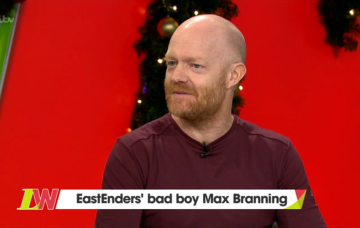 When will Jake Wood return to EastEnders after Max Branning break?

Don't worry, Branning will be back!

EastEnders favourite Jake Wood has revealed when he will be back on the BBC One soap.

Ginger hunk Jake , 46, is taking three months off to take his boxing podcast Pound For Pound on a live tour and spend quality time with his family.

But it seems his break from Albert Square will only be a short one – and since he has already finished filming for the meantime, his return is getting closer and closer!

He previously took a year off from EastEnders to recharge his and his character’s batteries in 2015.

Appearing on Loose Women earlier today, Jake hinted his role in this year’s festive episodes will be lighter than usual.

Previous Christmas storylines have seen Max’s affair with Stacey revealed in front of his entire brood, vile brother Derek collapse and die following a family ruck and daughters Abi and Lauren topple off a roof.

However he joked this Yuletide would be less “awful” than usual for his hard man character.

“Max was featured very heavily last year – obviously it’s not as focused on Max Branning this year, which is good for me,” he said.

But having only recently stepped away from the ‘Enders set, it seems like Max will still figure in the Christmas week specials – but possibly not much beyond.

“I’m taking a few months off EastEnders,” Jake explained to the panel and ITV viewers.

“I had my last day on Friday so I’m taking three months off.”

Confirming he would return to the show – for filming, at least – in March, Jake continued: “I love being there, I love the job, but it is very demanding.

“It is long hours – I’ve got a family, two kids at home and a beautiful wife that I probably don’t see enough.”

Before his Walford comeback, however, fans will be able to see Jake have the opportunity to get his samba out for Strictly Come Dancing’s festive special.

But Jake will not be reunited with his 2014 series dance pro partner Janette Manrara, with whom he progressed to the semi-finals.

Noting she has been paired up with ex JLS star Aston Merrygold, he admitted to being disappointed in not being able to recreate the magic he had with Janette.

Jake reflected: “He’s a little bit smaller than I am, and they’re just matched perfectly for height so I was disappointed obviously that I wasn’t going to dance with Janette, but I’ve got an amazing new dancer [called] Luba Mushtuk.

“She’s been there a couple of years, I think I’m her first celebrity partner. She is incredible.”