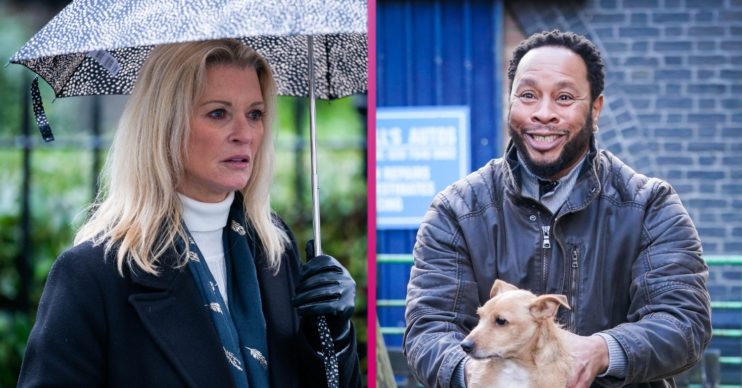 When is EastEnders on tonight? Two episodes will air – here’s why!

EastEnders will not be airing on Friday!

EastEnders will be airing two episodes tonight (Tuesday, March 16) on BBC One.

There will be a change to the soap schedule this week.

Tonight EastEnders will be airing two episodes. The first will air at 7.35pm, followed immediately by a second episode at 7.55pm.

Schedule Change: #EastEnders schedule will be a bit different this week. Two episodes on Tuesday and none on Friday. Set your ⏰ now! pic.twitter.com/olz329uk1T

EastEnders: Why has the schedule changed?

Lenny Henry, Davina McCall, Paddy McGuiness, Alesha Dixon and David Tennant preside as stars of stage, screen and films entertain the nation with hilarious sketches, live performances, big surprises and stunning music acts in a bid to raise much-needed money for good causes at home and across the world.

What happens in tonight episodes?

In tonight’s episodes of EastEnders, Sharon asks Kathy how her biological dad died and is shocked when she realises Kathy is planning to go to his memorial service.

As far as Sharon is concerned, he can rot in hell. But after speaking to Callum, Sharon decides to go to the wake.

However at the wake, Zack makes a scathing toast abut Gavin, leaving everyone fuming. He soon dashes out.

Meanwhile Mitch finds a stray dog, but Bailey is upset when Karen says they can’t afford to keep it.

Also, Peter finds himself caught up in an argument between Ash and Suki.

Suki says Ash is throwing her career away for Peter, but the new couple are determined everything will be cleared up at Ash’s hearing.

EastEnders airs tonight at 7.35pm, followed immediately by a second episode at 7.55pm.

Will you be watching Comic Relief on Friday? Leave us a comment on our Facebook page @EntertainmentDailyFix and let us know what you think of these soap spoilers.