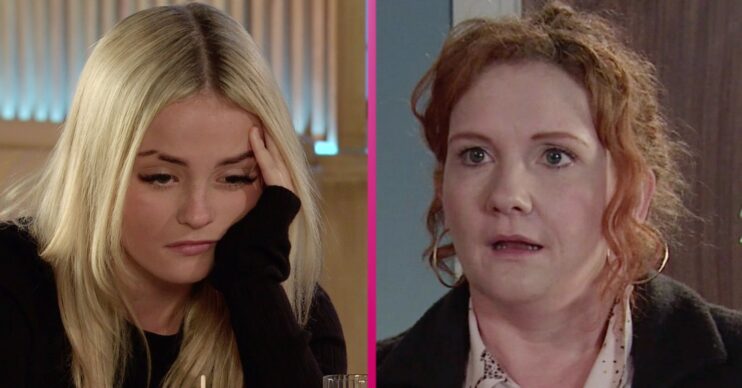 When is Coronation Street on on Boxing Day and what happens?

While Christmas Day’s Coronation Street is a lovely, up-lifting affair, by Boxing Day it’s back to business as usual.

But what do we know about the Boxing Day Corrie?

What time is Coronation Street on on Boxing Day?

The ITV soap will not have a double episode.

Instead Corrie will air a single half-hour episode on Boxing Day at 7.30pm.

However it has also been revealed that the episode will be available to watch on the ITV Player from 7am that day.

What happens on Coronation Street on Boxing Day?

The mechanic is furious to find Kelly has left flowers in Seb’s memorial garden.

Spotting her enjoying a meal in the bistro with Dev and Aadi, Abi plonks herself at a nearby table and stares at Kelly with pure hatred.

Husband Kevin arrives and tries to reason with her, pointing out that terrorising Kelly will do no good, but Abi’s unrepentant, vowing that soon she won’t have to worry about Kelly.

Is she planning her own murder?

Over the road, things are getting better for Nick Tilsley when he overhears son Sam speaking.

However, when Sam discovers that Nick was eavesdropping, the dad worries they’re back to square one.

After receiving her surprise from Carla that allows her to open up, Nina Lucas begins talking to girlfriend Asha Alahan about what she’s going through.

Nina explains to Asha how she’s suffering from anxiety and lives in constant fear that something bad will happen to the people she loves.

Asha suggests they sync their phones so she’ll always know where she is.

But is that the best idea?

Meanwhile, having found out that it was Gail who put George up to the Christmas present idea, Eileen’s not happy.

Eileen tells her she’s deranged but Gail’s genuinely puzzled by her ingratitude.

Sounds like we’ll have a classic cobbles cat fight between Gail and Eileen again at long last.