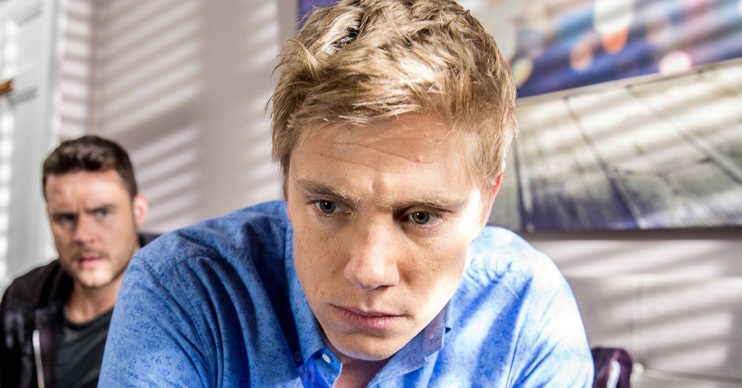 When did Robert Sugden leave Emmerdale? Why did actor Ryan Hawley quit?

Is he coming back?

Emmerdale viewers were gutted when village favourite Robert Sugden left in November 2019 – why did actor Ryan Hawley quit the show?

And could he now be heading back?

There’s feverish speculation he could be returning after the revelation last night (Friday, June 4) that he may not have been responsible for killing rapist Lee Posner.

Robert’s fate was sealed when he was sentenced to life imprisonment, serving at least 14 years, for Posner’s death, who died after a single punch to the head.

But last night Posner’s brother Luke admitted he had punched him the same day and knocked him unconscious. Could he be to blame?

His mum Wendy wants Luke to tell girlfriend Victoria – who was raped by Posner. After he refuses, will she go behind his back to do the right thing – and get Robert freed?

Robert’s last scene in Emmerdale was a bittersweet moment as husband Aaron went to visit him in prison.

Aaron thought they were going to keep their relationship alive with regular visits and contact, but Robert was hiding something big.

In reality, Robert had discovered he was being transferred to a prison on the Isle of Wight.

He knew the occasional visit was not fair on Aaron and wanted him to move on with his life.

But, sitting across from his husband, Robert couldn’t bring himself to end things face to face.

Instead Robert put a moratorium on all visitors which they learned via his step mum Diane.

The reality hit home that they were never going to see him again.

But with the latest news, things could change and the path would be clear for Robert to return…

Why did Ryan Hawley quit Emmerdale?

An ITV rep at the time of the actor’s departure said: “He has decided to take a break from the show for the foreseeable future and try other projects.”

It’s fairly standard for actors playing long-running characters to have a rest and make a comeback. And there’s a bit of a clue in the word ‘break’ there… Fingers crossed!

Want more news from Emmerdale? Entertainment Daily has a dedicated Emmerdale spoilers section for you to get your fix before the latest episodes air.

Would you like to see actor Ryan Hawley return to Emmerdale as Robert Sugden? Leave us a comment on our Facebook page @EntertainmentDailyFix and let us know what you think!