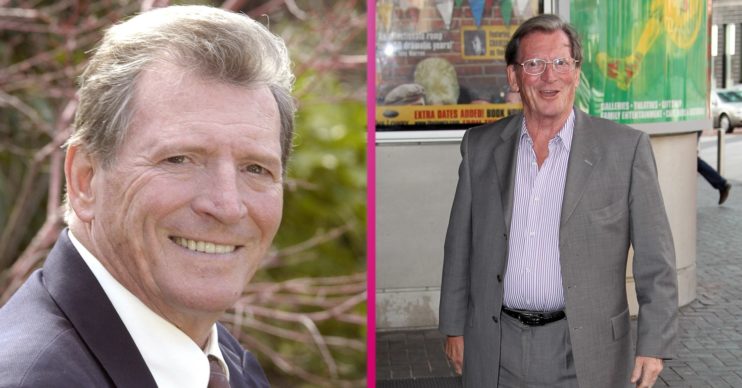 Coronation Street actor Johnny Briggs: When and how did the Corrie legend who played Mike Baldwin die?

In celebration of one of Corrie’s most iconic ever actors, we take a look back at who Johnny played and his finest moments in Weatherfield?

Who is Johnny Briggs and when was he born?

As a child, Johnny was evacuated during the second world war. He was involved in a Blitz shortly after saying goodbye to his mother.

When he was 12 Johnny went on to become a a boy soprano in the church choir which helped him win a scholarship at London’s prestigious Italia Conti stage school.

A few years later at age 15, Johnny was on the west end in Sauce Tartare with Audrey Hepburn.

In 1961 he married Caroline Sinclair. But the couple divorced in 1975.

Johnny is the father of six children: three daughters Karen, Jennifer and Stefanie and three sons Anthony, Michael and Mark.

Johnny died on February 28 2021 at the age of 85. It hasn’t been revealed how Johnny died, but in a statement his family said he had a “long illness”.

When did Johnny join Coronation Street?

Mike is the father of Danny Baldwin, Mark Redman and Adam Barlow.

He made his first appearance on October 11 1976 and he opened up a factory, Baldwin’s Casuals.

Over the years, Mike had a string of lovers, however the biggest bombshell was when he had an affair with Dierdre Barlow between 1982 and 1983.

However Mike went on to marry Ken’s daughter Susan Barlow in 1986, much to Ken’s dismay. There’s marriage didn’t last and Susan left the cobbles pregnant with Mike’s son, Adam Barlow.

After Susan, Mike married Jackie Ingram in 1991 and Alma Halliwell also in 1991. He remained married to Alma until 1999.

He then married Linda Sykes in 2000 but they divorced the following year.

In 2005, Mike started to become forgetful and it was later discovered he had Alzheimer’s. In April 2006 he was admitted to hospital with pneumonia but escaped.

He made it back to the factory on Coronation Street where Ken found him. Soon Mike collapsed and had a heart attack.

Ken called an ambulance but Mike ended up dying in Ken’s arms before it arrived.

What else was Johnny in?

Before joining Coronation Street, Johnny was in the TV series No Hiding Places from 1962 and 1966. He went on to play Kerr in Freewheelers in 1969.

Johnny went on to play Clifford Leyton in Crossroads: King Oaks from 1972 until 1974. His TV acting role was in 2009, when Johnny played John Cotham in an episode of Doctors.

** This article was updated to include a video of Mike Baldwin’s tragic demise in Coronation Street, as explained in the text.