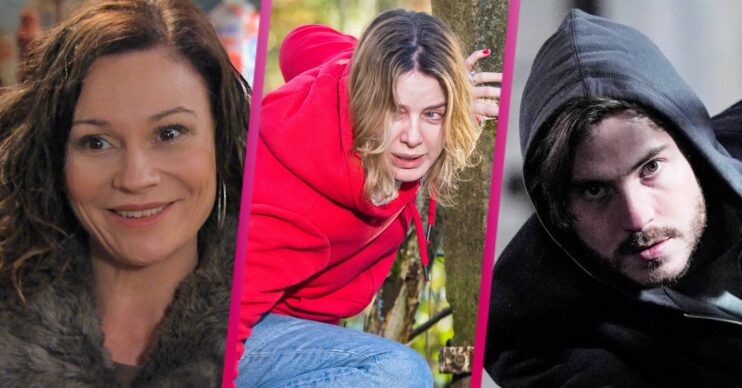 When are Emmerdale, Coronation Street and EastEnders on? New schedule starts today!

The soaps have all changed their schedules

Emmerdale, Coronation Street and EastEnders new schedules begin today (Monday, March 7 2022), but what time are the soaps on today?

When are Emmerdale, Coronation Street and EastEnders on?

For years Emmerdale has aired on ITV weeknights at 7pm.

Meanwhile Corrie has aired Mondays, Wednesdays and Fridays. On Mondays and Wednesdays, ITV would air two Coronation Street episodes at 7.30pm and 8.30pm and on Fridays, the soap would be on at 7.30pm for an hour.

However this week the schedule on ITV will be changing.

The evening news programme will be extended to an hour, airing from 6:30pm to 7:30pm, with ITV confirming more focus on reporting outside of London.

Emmerdale will move to the 7:30pm slot every weeknight and Coronation Street will move to hour-long episodes on Monday, Wednesday and Friday at 8pm.

Meanwhile EastEnders will air on BBC One, Monday, Tuesday, Wednesday and Thursday nights at 7.30pm.

What is happening in this week’s soaps?

It’s a dramatic week in Emmerdale, Corrie and EastEnders.

In Emmerdale, Manpreet pays Meena a visit in prison in exchange for her confession.

When Manpreet finally arrives, Meena asserts they need to take responsibility for their actions; meaning Manpreet will have to reveal that she lied to police in her testimony to protect Liam.

Manpreet is furious and slaps Meena across the face.

In last night’s Coronation Street (Sunday, March 6) Abi was doubled over in pain.

Alone on the side of a country road, she rang for an ambulance and explained she was having a baby.

This week Abi lets herself into No.13. Assuming her to be drunk, Debbie tells her she wants her out by the end of the day.

When Tyrone opens the garage he sees a customer’s car is missing. Seeing Abi with a bag of booze, Tyrone suggests she had something to do with it.

Meanwhile in Walford Gray is questioned by police about Tina’s death.

After learning some new information from Shirley, Gray panics and plans his escape.

Will he flee Walford?

What do you think of the new schedules? Leave us a comment on our Facebook page @EntertainmentDailyFix and let us know what you think.