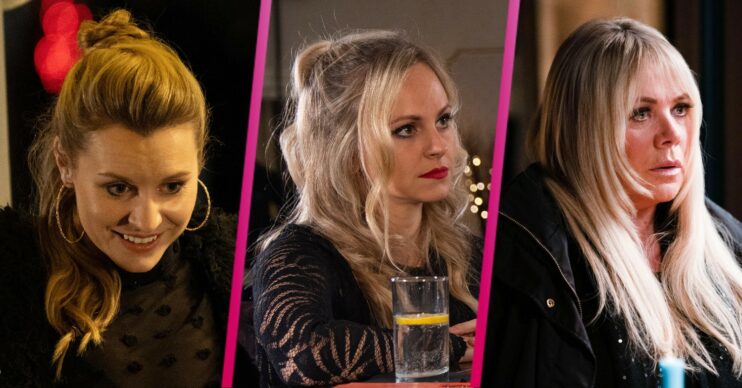 When are all the soaps on tonight? Emmerdale, Coronation Street and EastEnders spoilers ahead!

All the soaps are on tonight

It’s New Year’s Eve which means some dramatic episodes of Emmerdale, Coronation Street and EastEnders tonight. But when are all the soaps on tonight (Friday, December 31)?

When are all the soaps on tonight?

Emmerdale will be on at 7pm tonight for an hour on ITV. This will be followed by an hour long episode of Coronation Street at 8pm.

Read more: Coronation Street in 2021 – the highs and lows from Seb’s tragic death and Abi’s struggle to Zeedan’s return

There will be a 50 minute episode of EastEnders on BBC One. The episode is on from 7.10pm-8pm.

What is happening in Emmerdale, Coronation Street and EastEnders on New Year’s Eve?

In Emmerdale, Belle and Kyle are huddled in their car in the forest unconscious and pale.

That night, Cain is out for revenge as he heads over to Ellis’.

Over in Weatherfield Kevin implores Abi to stop obsessing about Kelly and move on.

Sarah and Adam go to a posh hotel for New Year, but when the waiter makes a joke about Adam leaving his wallet the last time he was there a prickly Sarah wonders why he brought her to the same hotel where he slept with Carla.

The mood is further ruined when Sarah quizzes Adam about his fling with Lydia.

Meanwhile Daisy catches Jenny putting on her make up at 5am as she doesn’t want Leo to wake up and see her naked face.

As he chats about his New Year’s Eve plans Jenny’s more aware than ever of their age gap.

In EastEnders, Sharon questions Kat and she admits the truth. Phil overhears and confronts Denise, who has a warning for him.

At The Vic the party is getting started. Zack and Nancy take a trip to try and solve things before 2022, but will their efforts go to waste?