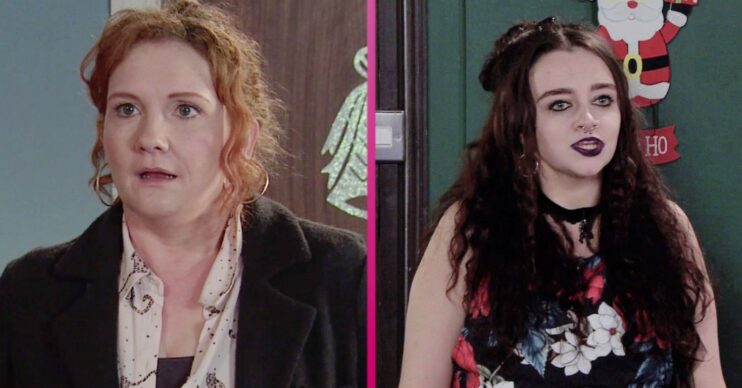 What time is Coronation Street on tonight? Schedule change!

The soap is on later tonight

Coronation Street is on at a later time tonight (Monday, December 27), but when is it on and why the change?

What time is Coronation Street on tonight?

Coronation Street is on at the later time of 9pm for an hour.

This is because The Voice Kids is on at 7.30pm until 9pm.

What is happening in tonight’s Coronation Street?

As Abi bars Kelly on her way into the barbers Imran watches concerned.

Abi tells Imran she just wants Kelly out of her life for good, but when Imran reminds her she’s done some pretty shameful things herself, Abi slaps him.

When Kelly lies to Maria she couldn’t be bothered to turn up to work, Maria fires her.

Craig later finds Kelly in a state having taken some spice and urges her to get help before she ends up back in prison.

Meanwhile Tyrone tells Evelyn it’s obvious Phill will get bored of playing the family man and when he does, he’ll be waiting for her. However Evelyn reckons he’s deluded.

When Phill suggests the girls might like to call him stepdad, Fiz reckons it’s a great idea.

Phill then reveals he’s seen a super family house but understands if she’s not ready.

Read more: Coronation Street: Who are Charlie and Lexi? Who do Abi’s twins live with?

When Fiz drops the bombshell that she wants to sell No.9, Ty is shocked.

Asha does her best to reassure Nina when she finds her having another anxiety attack.

Meanwhile Todd begs Eileen to give George another chance. When George presents her with a new winter coat and reveals he’s booked a table at the Bistro, will he be forgiven?