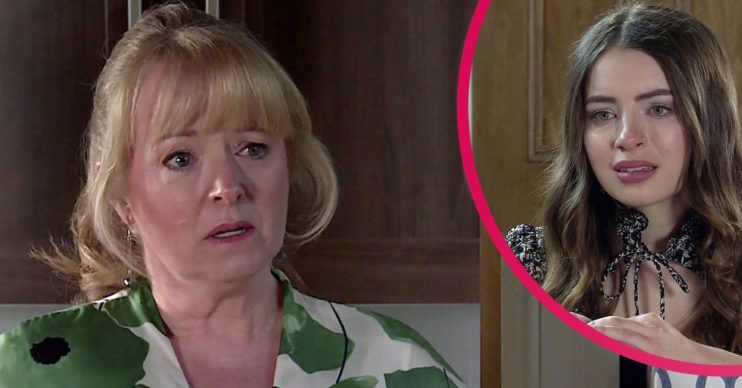 What happened to Jenny’s son Tom in Coronation Street? Who is Daisy’s dad?

Coronation Street character Daisy arrived in Weatherfield last year. She is Jenny Connor’s former stepdaughter, but who is her dad and what happened to her half-brother and Jenny’s son, Tom?

In tonight’s episodes of Corrie (Wednesday, May 26) Jenny confronts Daisy over her attempt to blackmail Ronnie.

However Daisy explains to Jenny that her dad has remarried and had another baby and it became clear she was unwanted.

But who is Daisy’s dad, when was he married to Jenny and what happened to their son Tom?

Who is Daisy’s dad in Coronation Street?

Daisy’s dad hasn’t been named, but it is known that he was once married to Jenny Connor.

Between 1993 and 2008, Jenny met Daisy’s dad and the two eventually got married, making Jenny a stepmother to his daughter Daisy.

In 2008, Jenny gave birth to her only biological child, a son. Jenny and her husband named their little boy Tom.

What happened to Jenny’s son Tom?

However in May 2013 Jenny set up a small paddling pool in the back garden for Tom, who was now four.

As they heard the ice cream van go by, Tom told his mum he wanted an ice cream.

But when Jenny went inside for a minute to get money from her bag, she realised she couldn’t leave Tom at home unattended so went back out to her son and discovered her little boy had drowned.

Read more: Jake and Alison in Coronation Street are Kevin’s late son and wife – how did they die?

After Tom’s death, Jenny and her marriage with Daisy and Tom’s dad broke down.

Eventually they got a divorce and in 2015, Jenny came back to Weatherfield and began dating Kevin Webster.

Her mental health began to deteriorate and she kidnapped Kevin’s son Jack on what would’ve been Tom’s seventh birthday.