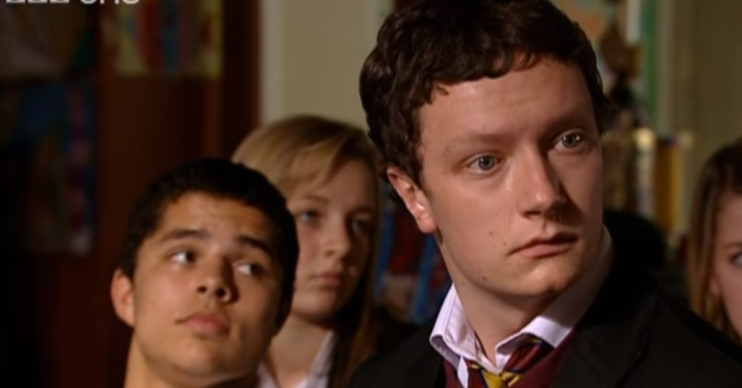 Dean Smith has joined Coronation Street in a guest role.

The actor – who has appeared in the likes of Waterloo Road and Hollyoaks – will be on the cobbles next week after being cast as Andy, a counsellor supporting Paul Foreman (Peter Ash) as he looks for help over his traumatic past.

In upcoming episodes, Paul will finally break his silence by revealing to his family that stepfather Kel Hinchley (Joseph Alessi) sexually abused him as a child, although he initially refuses to report him to the police.

Despite not wanting to have to answer questions about the ordeal, next week Paul changes his mind and wants to make a statement to put Kel behind bars.

His on-screen boyfriend Billy Mayhew (Daniel Brocklebank) then makes an appointment for him to see a counsellor at a sexual abuse charity.

He confides in Andy about the abuse, and Dean’s character assures him the hardest part is over as he looks to make his statement to the police.

Dean previously took on the role of Philip Ryan on Waterloo Road in 2009 and 2010, and he has featured as Hollyoaks’ corrupt police officer DS Yates since 2018.

Other TV roles include appearances in the likes of Still Open All Hours, Last Tango In Halifax and Being Victor.

Peter previously revealed he spoke to co-star Jack P. Shepherd – whose Corrie character David Platt was raped by evil Josh Tucker (Ryan Clayton) – to help him with the hard-hitting plot, and he was also in touch with Duncan Craig of Survivors Manchester, which aims to create a safe space for male survivors of sexual abuse and rape.

He said: “I have been speaking to Duncan and he has been great. His experience was really similar to Paul’s so it was important for me to talk about all the conflicting emotions and not accepting or realising it was abuse until later on in life.

“I have also spoken to Jack P. Shepherd about how he found the male rape storyline and he told me about the increase in calls to Survivors Manchester off the back it which is incredible. It’s an important storyline and I want to get it right.”