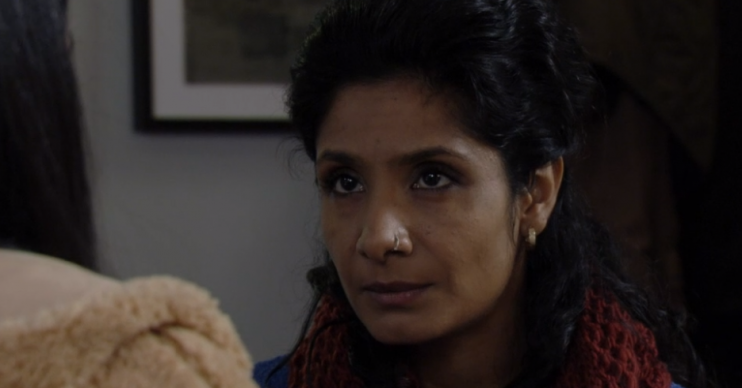 Suki is the mother of the Panesar brothers and Ash

In last night’s episode of the BBC soap (January 27 2020), viewers were introduced to Suki, mother of Kheerat, Jags, Vinny and Ash Panesar.

As she moved into the house they’re renting on Albert Square, she was determined to see Ash, who she has had no contact with in four years.

She got Kheerat to knock on the door, but as Ash answered, Suki collapsed.

Later Suki told her daughter she had changed in the last four years and wanted to bury the hatchet.

However viewers think Suki could be lying about her illness and suggested she’s using it to manipulate her children. 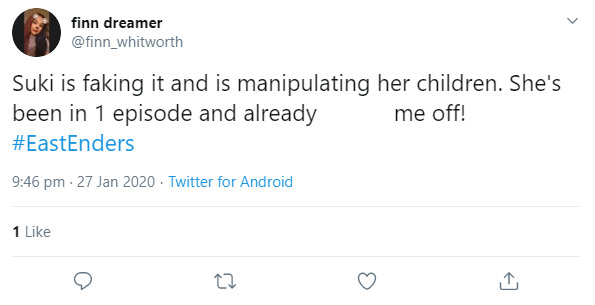 Damn, either Suki is very ill or she's a damn good manipulater😲 & Linda truly has a problem with the drink☹️ @bbceastenders #EastEnders

Last year, the Pansar brothers came to Walford and it was revealed they are Ash’s siblings.

Vinny told his sister that their mother had cancer, but Ash cut connections with her brothers and mum years before.

The brothers brought 31 Albert Square off Janine Butcher and originally planned to move into the house, but when the Slater/Moon family refused to move out, they started a feud.

Eventually, the Panesars agreed to let them continue to live in their house if they paid extra rent, which Jean’s boyfriend Daniel is covering for them.

Suki is definitely faking her illness.

Meanwhile Ash was introduced a few weeks before her family as Iqra Ahmed’s girlfriend.

Since her arrival, Ash has become close with Honey Mitchell, who was in a relationship with Adam Bateman.

During a wife swap, Ash and Honey were partnered up and the doctor made Honey see that how Adam treated her wasn’t right.

After realising Adam was cheating on her again, Honey threw Adam out and broke up with him.

Do you think Suki is lying about her illness? Leave us a comment on our Facebook page @EntertainmentDailyFix and let us know what you think!