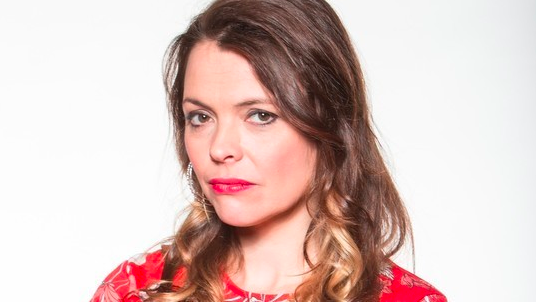 Fans have a theory Tracy Barlow could be out for revenge.

We all know what Tracy Barlow (or is she McDonald now?!) is capable of when someone gets on the wrong side of her or someone she cares about.

She killed cheating boyfriend Charlie Stubbs by hitting him over the head with a statuette and set fire to arch rival Carla Connors’s flat in Victoria Court, accidentally killing Kal Nazir and Maddie Heath.

Viewers reckon Jude Appleton had better watch his back after the disgusting way her treated his mother Mary, one of Tracy’s few friends in last night’s episode.

Mary found out her son Jude had been lying about training to be a paramedic. Earlier he had come home and declared that he passed the entrance exams but Mary intercepted a phone call revealing he’d actually walked out.

She also found a cheque for £5000 from Roy Cropper who wanted to support his new career, believing Jude had saved his life after he suffered an allergic reaction. However viewers know it was actually Ali Neeson who administered the epi-pen.

Shocked Mary threatened to tell his wife Angie and Roy the truth and Jude turned violent, hitting his mum across the face.

Some viewers are now convinced Tracy will get her revenge on Jude when she finds out he physically assaulted her.

“Jude don’t you dare touch Mary #corrie Tracy will come for you” one viewer wrote.

Jude proving handy with his fists!
Hope Tracy still has that statuette, she’ll need it when she hears what Jude has done to Mary. #corrie

Someone get Tracy back, then tell her what Jude just did to our Mary! That’ll learn ‘im #Corrie pic.twitter.com/UKDiyzzWCP

#Corrie im not looking forward to the domestic violence storyline of jude and mary.
Mary is so sweet.
And tracy will kill him@APattiClare @kateford76 @itvcorrie

We’ll see the effects of Tracy’s vengeful behaviour in next week’s episodes with friend Abi falling victim to her venom.

Steve McDonald will find Kevin Webster’s laptop with CCTV evidence of Tracy sabotaging Michelle’s car, ahead of the horror smash with Ronan. She had done this knowing Abi would get the blame and be fired from her job at the garage.

However since this reckless act to destroy her friend, she discovered that Abi wasn’t having an affair with Steve.

Tracy is now wracked with guilt, especially as Abi considers giving her twins up for adoption as she could be facing prison time.

Do you think Tracy Barlow will kill again? Leave us a comment on our Facebook page @EntertainmentDailyFix and let us know what you think of the soap.