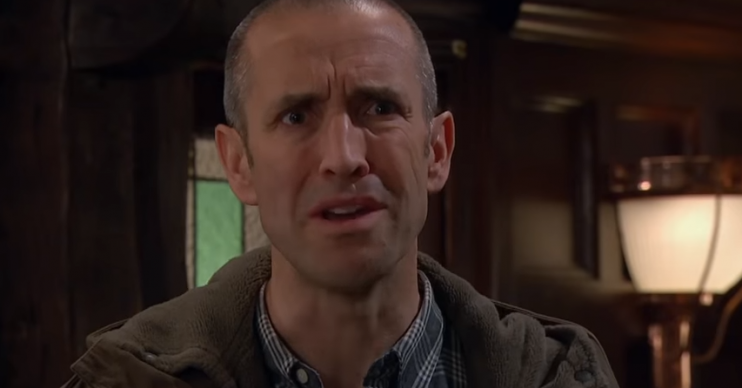 Sam found something strange in a field

Viewers of Emmerdale have been left baffled after Sam Dingle made a bizarre discovery in the village last night.

Whilst Aaron Dingle has been away, Sam has been helping take care of his scrapping business and Aaron’s mum Chas has now taken on Billy for extra help.

In last night’s episode (Tuesday March 3 2020) Billy and Sam walked through the village and Sam revealed that he had found a radiator dumped in the field.

Read More: Samantha Giles felt ‘frustrated’ and like she ‘needed to move on’ from Emmerdale

Sam told Billy if his magnet stuck to the metal then it was probably cheap but if it didn’t it could be copper piping, meaning it would be worth something.

Billy’s magnet stuck to Sam’s radiator meaning he wouldn’t be able to make much, if any, cash from it.

But rather than be concerned about the amount it was worth, viewers at home were just left baffled by Sam’s latest find.

it's a wonder there's no one chained to it (yet)

Okay Come on, own up! Who in the village threw out a radiator in a fit of rage! 🤣🤣#Emmerdale

Although Sam is meant to be looking after Aaron’s business, he’s also been stepping up at work to help at Wylies farm.

A couple of weeks ago, Nate Robinson was accidentally shot by his dad Cain Dingle, who thought Nate was a rustler.

The incident has put Nate out of action for a while and Sam has taken over his farming duties.

Although Nate decided to tell the police it was rustlers who shot him, his mum Cara is convinced Cain was the one who pulled the trigger.

Who in the village threw out a radiator in a fit of rage?

This week Cara has been left unimpressed with Nate’s choice in women and made a dig about his new girlfriend Tracy Metcalfe.

Cain stood up for Tracy and soon Cara will try to make amends and build bridges with Nate and Tracy.

But it doesn’t last long as Cara announces she’s leaving the village and wants Nate to come with her. Will he leave?