The biggest employer on Coronation Street, knicker factory Underworld, is not necessarily the safest place to work.

With a history of bad luck and death over the years, some even believe there is a curse on the factory.

It's easy to see why - Mike Baldwin died there, both Tony Gordon and Frank Foster were killed there, and Carla Connor's found herself in mountains of debt more times than Steve's McDonald has proposed.

Here is the history of the factory and all who have owned her: 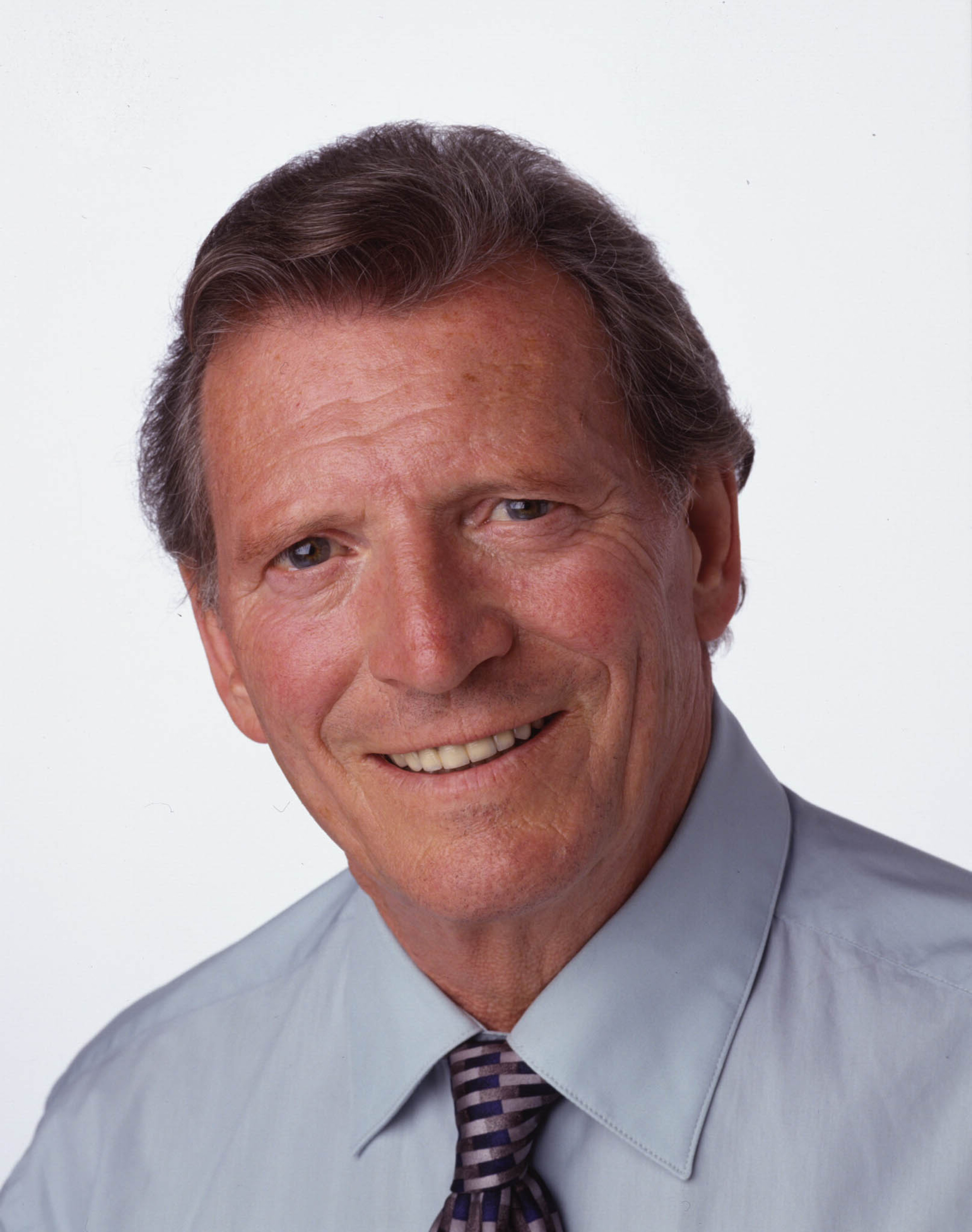 He initially went into partnership with Angie Freeman (Deborah McAndrew) a designer. She left to work in London after a few months, leaving Mike to run things on his own.

Mike was uncompromising, quick to threaten his machinists with the sack and made sure he kept the workers in their place.

He proved his hard-nosed reputation when the factory caught fire in 2004 after Janice Battersby (Vicky Entwistle) dropped a cigarette. Nick Tilsley (Adam Rickitt) saved her, but both of them were sacked by Mike.

In 2004, Mike's nephew Danny Baldwin (Bradley Walsh) arrived to help his uncle run the factory, but it soon turned out Danny was Mike's son after he'd had an affair with his sister-in-law, Danny's mum, Viv.

When Mike was diagnosed with Alzheimer's Disease in 2005, Danny quickly took advantage of the situation to gain control of the factory. But as Mike's condition worsened, Danny began to feel guilty and was hit hard by Mike's death in April 2006.

Mike dies and Danny Baldwin and Adam Barlow take over (2006) 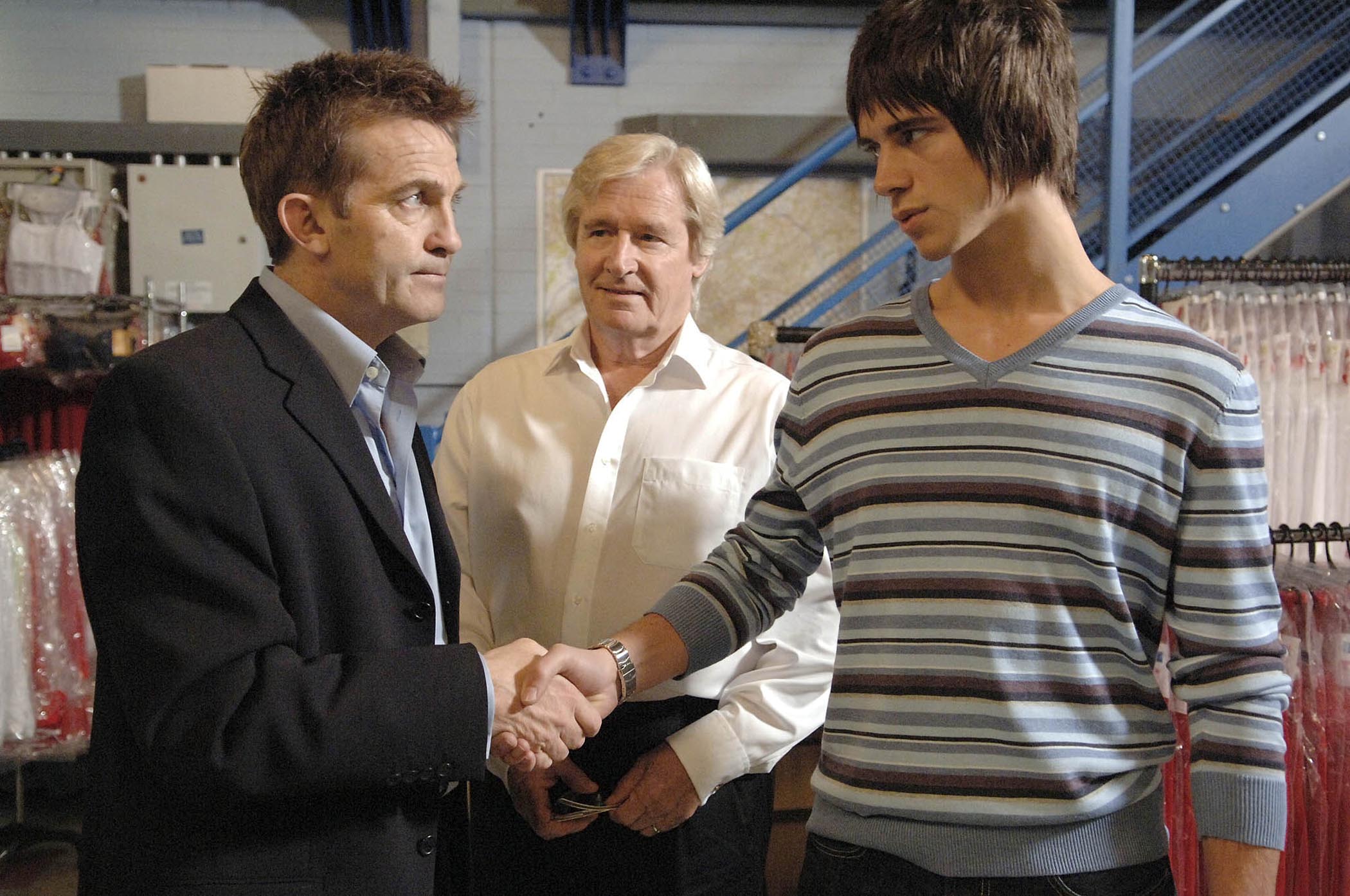 When Adam found out the truth after Danny ended things with his girlfriend Leanne Battersby (Jane Danson) and she took revenge by giving the real will to Adam, he reported his half-brother to the police.

Adam agreed not to press charges against Danny in exchange for a 40% share of the business. 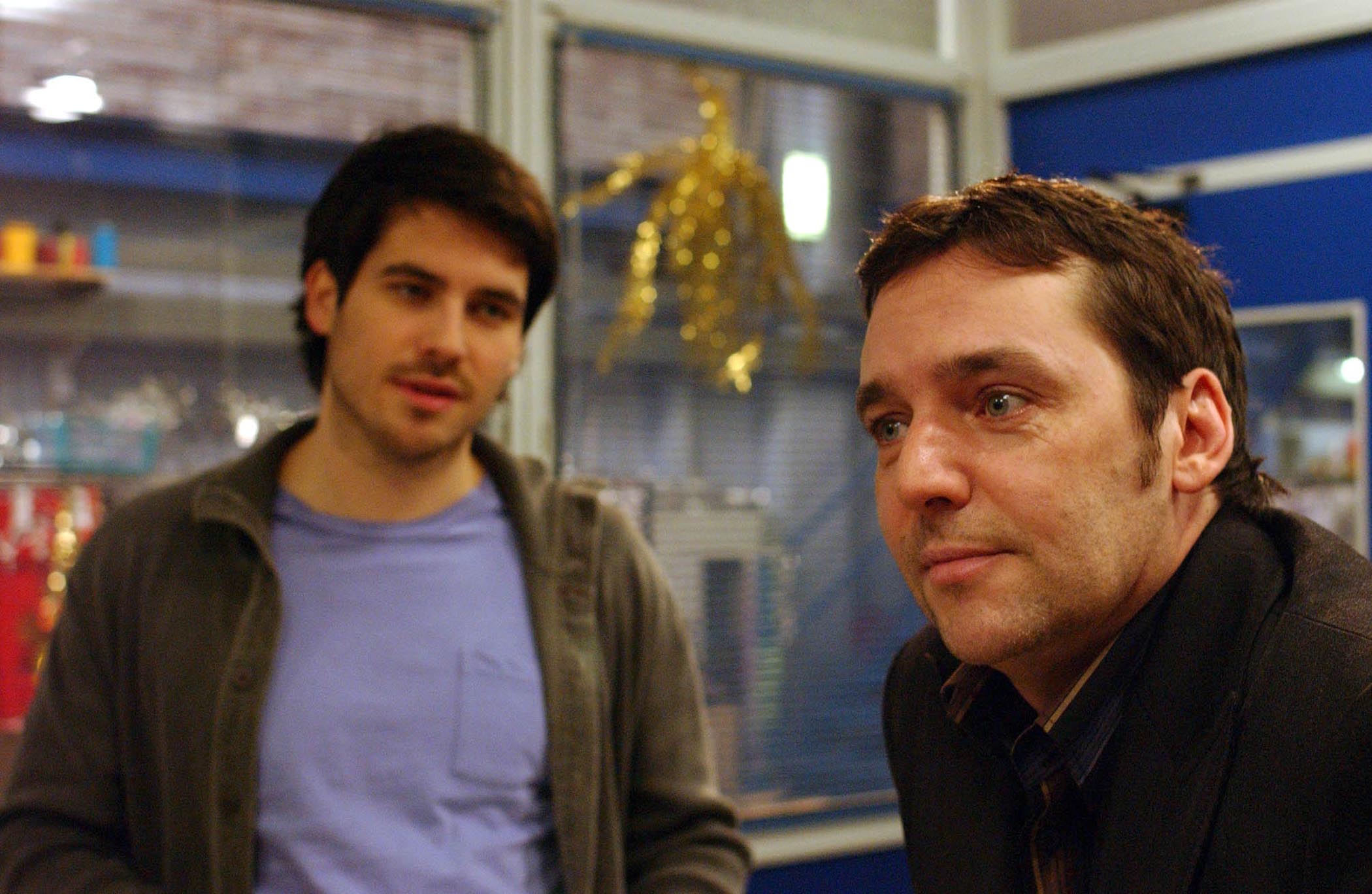 After several disputes between the brothers, Adam sold his shares to the siblings of Michelle Connor (Kym Marsh), Liam (Rob James-Collier) and Paul (Sean Gallagher).

Danny, meanwhile, had discovered his estranged wife Frankie Baldwin (Debra Stephenson) was having an affair with his son Jamie Baldwin (Rupert Hill) and on a downward spiral of drink and depression decided to leave Weatherfield, selling his share of Underworld to Paul as well.

Paul had used the money he had set aside for wife Carla (Alison King) to start her own kids' clothing company, so he agreed she could use the premises after hours.

During one of her late-night working sessions, Polish machinist Kasia Barowicz tripped and fell, hitting her head and dying. The Connors covered it up and only called an ambulance the next day when she was officially on the clock working. 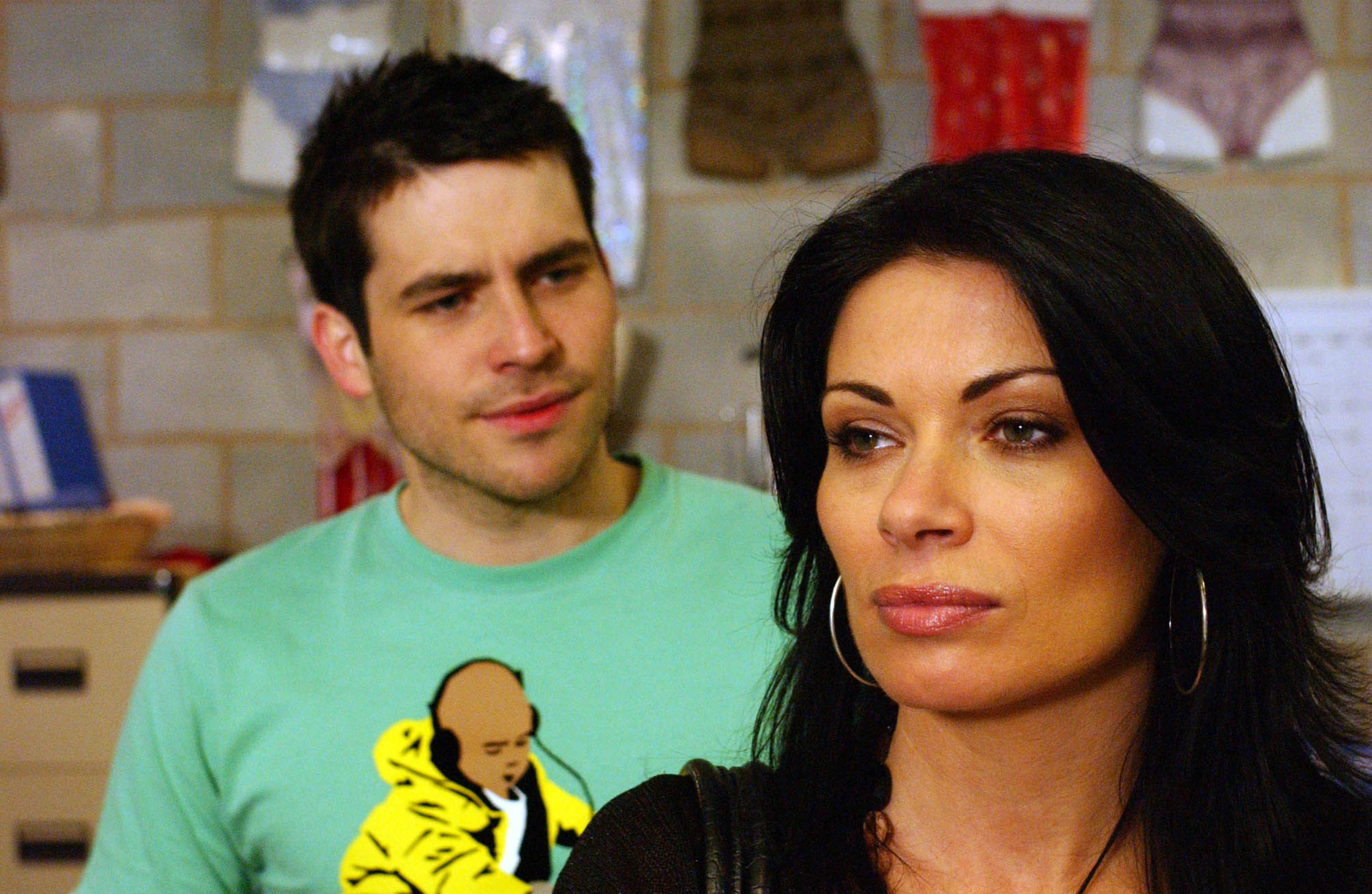 Carla inherited the business - and a new lover (Credit: ITV/REX/Shutterstock)

In a fit of rage, Paul kidnapped Leanne and locked her in the boot of his car. As he was driving while on the phone, he crashed into a lorry and although Leanne survived with just a broken rib, Paul was killed.

As his wife, Carla inherited his 60% share and went into business with brother-in-law Liam. 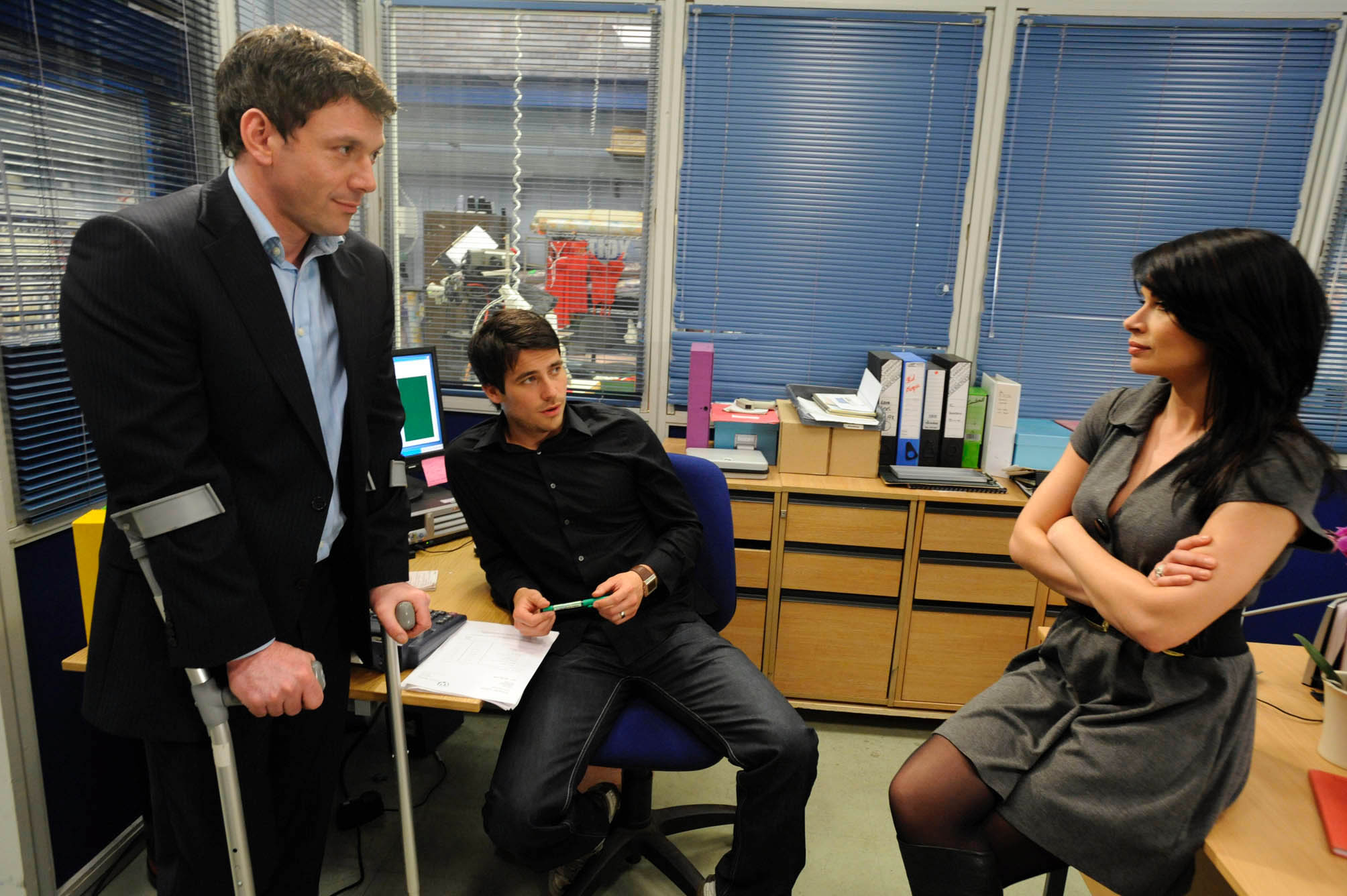 Tony took over - and had Liam killed (Credit: ITV/REX/Shutterstock)

Although they got together, she called things off because she was in love with Liam, but when he married Maria Connor (Samia Longchambon) Carla and Tony reconciled.

After Carla and Liam slept together, Carla blackmailed him to sell his shares of Underworld to Tony or else she'd tell Maria. Liam duly did as he was told, but it didn't keep the pair of them apart and they slept together again.

When Tony found out, he had Liam killed in a hit and run on the night of Tony and Carla's wedding. Devastated Carla called off the wedding and fled to LA, but returned and eventually married Tony.

However, he soon confessed his role in Liam's death and she departed Weatherfield again. 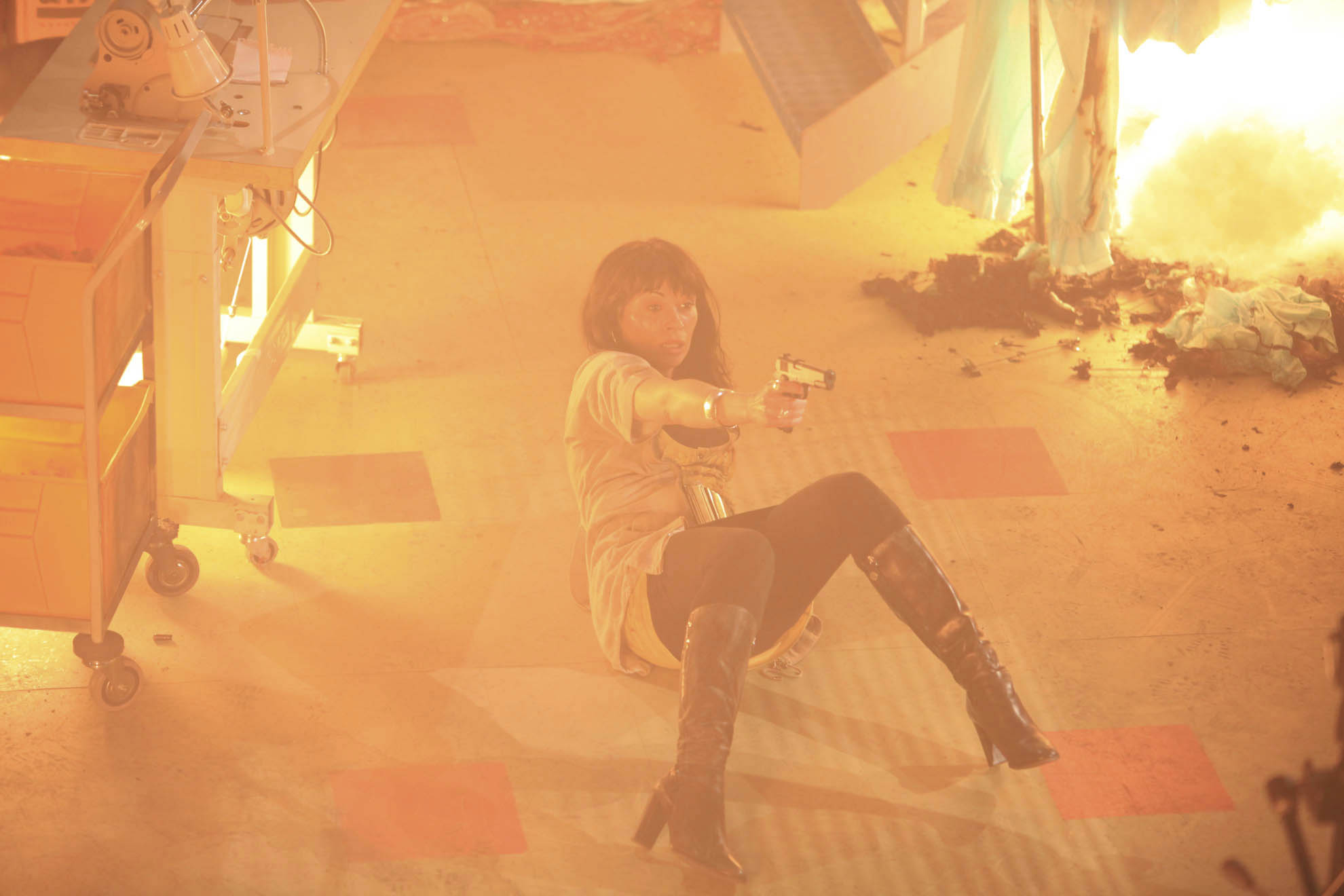 Nick Tilsley (Ben Price) ended up with Tony's shares, but soon enough there wasn't much left to own when Tony broke out of prison and held Carla and Hayley Cropper (Julie Hesmondhalgh) hostage at Underworld.

He let Hayley go free, but set fire to the factory with himself and Carla still inside.

Carla managed to break away from her ties and grab a gun, shooting Tony before getting out of the blaze. Tony meanwhile went back into the factory and went up in flames with the building.

Washed out, Carla decided to take a holiday to South Africa leaving Nick to set up his own clothing firm, Nicks Knicks.

On her return, Carla was fuming he'd gone it alone and stolen half her work force, but when she swooped in and gave his buyer a better deal, Nick agreed they made a good team and they went back into business together. 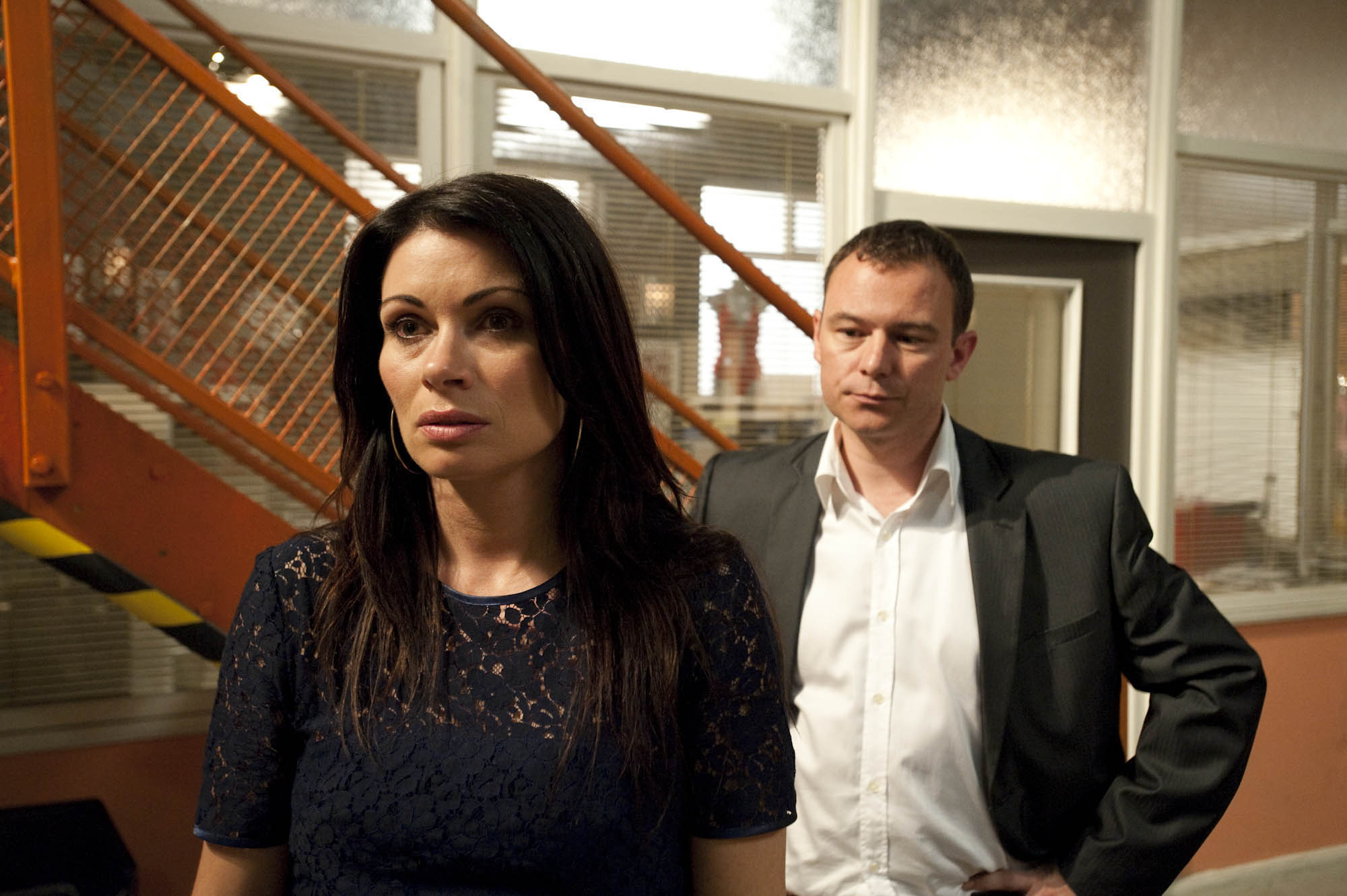 He was evil too (Credit: ITV/REX/Shutterstock)

With Nick giving Trevor such a hard time it resulted in a violent altercation, and both men eventually quit the business, with Nick wanting to set up his own bar.

Frank Foster (Andrew Lancel) then arrived to bail Carla out and buy Nick's shares after previously doing a deal with the factory.

He was a sex pest who tried to force himself on Maria, but Carla pushed ahead with the partnership and after a few months the pair started a relationship that wasn't just about business.

They became engaged, but Carla had her doubts, mostly because she was still in love with Peter Barlow (Chris Gascoyne). She tried to end things with Frank and he raped her.

Although he walked free after she and Maria went to the police, some weeks later, after making Carla's life a misery and running her business into the ground, he was found murdered.

Before his death, Frank had conned Carla into signing the factory over to him, but he had also forgotten to change his will since their engagement and he left everything to her. This left Carla with sole ownership of Underworld at last.

Rob Donovan (Marc Baylis) Carla's brother, recently released from prison, took the helm when Carla and her then-boyfriend Peter decided to leave the cobbles for a while.

When she decided to sell the factory for good, Rob knew he couldn't afford to buy it so sabotaged the sale. However, Carla found out what he'd done and sacked him - so he set up on his own, stealing all her clients and her staff.

Realising she couldn't beat him, Carla offered him a share of the factory and they went into business together.

But she forced him to start from the bottom up and work in packing, much to his fury. He decided to con her again in a plan with girlfriend Tracy Barlow (Kate Ford) and pretend some of the factory's material was stolen and then sell it on.

But Carla caught him out and blackmailed him into selling his shares back to her instead of going to prison.

Peter Barlow is brought into the business (2013) Those who work together, er, split up (Credit: ITV/REX/Shutterstock)

Carla then gave Peter a 50% share of Underworld and they began working together.

But Peter felt emasculated and unable to make decisions without Carla's approval, so he started an affair with Tina McIntyre (Michelle Keegan). When Carla found out, she forced Peter to sign his shares back over to her. 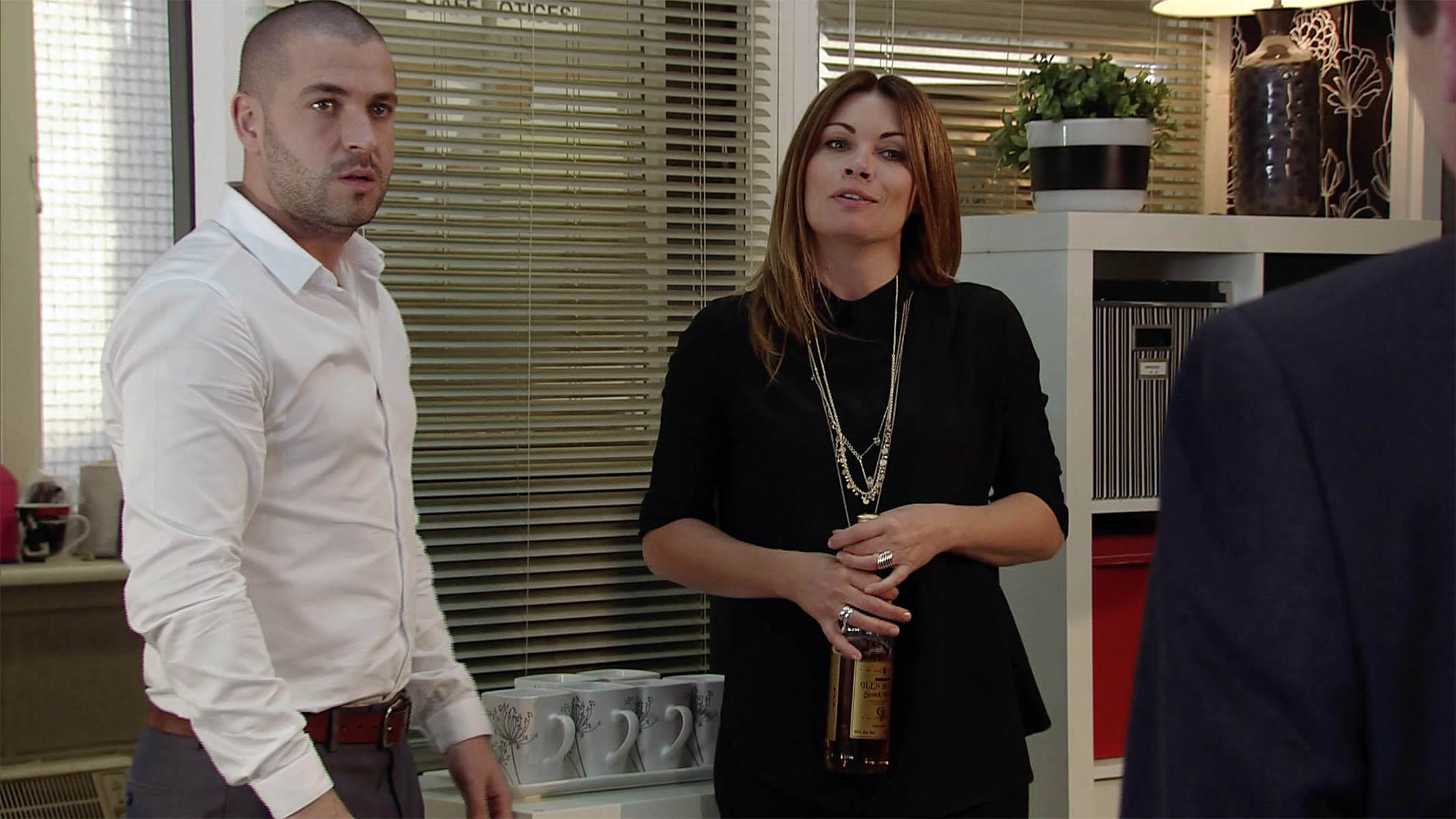 Aidan bought in with money that wasn't his (Credit: ITV/REX/Shutterstock)

She eventually agreed to sell to Alya Nazir (Sair Khan) and Sally Metcalfe (Sally Dynevor), but Nick and Michelle wanted her to reconsider and had called up old friend Aidan Connor (Shayne Ward) to bail Carla out.

He arrived in the nick of time and took on 40% of the factory - but it wasn't long before it was revealed that Aidan had in fact taken the money from his dad, Johnny Connor (Richard Hawley) who turned up wanting it back. He settled on taking a 22% share, leaving Aidan with just 18%.

It soon turned out Johnny was secretly Carla's dad, meaning Aidan was her brother and the factory was well and truly in the Connor blood.

Aidan couldn't keep it in his pants - and it led to him losing everything (Credit: ITV)

Carla left in 2016 and Johnny and Aidan ran the factory. But Aidan couldn't stay faithful to girlfriend Eva Price (Catherine Tyldesley) and had an affair with Maria.

When Eva found out she decided to ruin him, which conveniently tied in with Adam Barlow (Sam Robertson) wanting revenge on the Connors after believing they conned him out of his factory shares all those years ago.

They set about meddling with the business leaving it with absolutely nothing - not even a roof.

Johnny disowned Aidan and he was left bereft. Along with Alya, Aidan tried to reopen Underworld and called on Carla to buy Johnny's share back.

She did and returned to Street where it was revealed she needed a kidney transplant and Aidan was a match.

He donated his kidney and Carla recovered, but Aidan sunk into a depression. In May 2018 he took his own life. 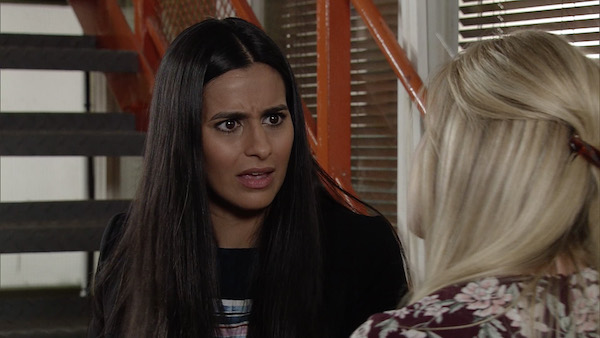 Alya was as shocked as anyone when she inherited the whole factory (Credit: ITV)

Prior to Aidan's death, Carla had expressed her gratitude for him saving her life by signing the factory over to him completely.

In Aidan's will, he left his share to Alya, but as he wrote it when he only owned 18%, he wasn't intending her to get the whole factory. That's what happened however, because legally it was all hers, and Carla and Alya went to war. 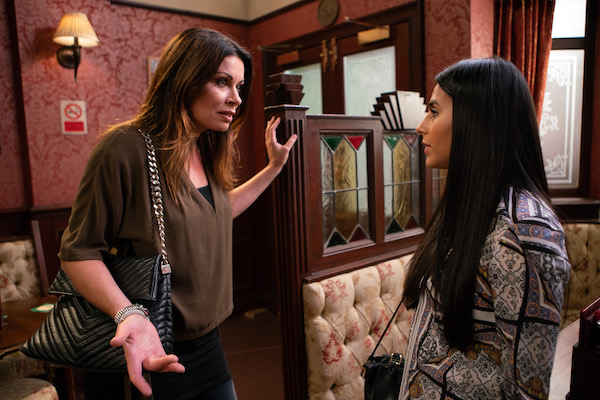 Alya remained firm, insisting the factory was legally hers, but after watching a DVD of the late Aidan talking about the importance of family and how his were everything to him, she had a change of heart.

She agreed to sell the factory back to Carla for the value of Aidan's original shares so she could buy into her own family business, Speed Daal, and Carla promptly agreed.

The only trouble was, Carla didn't quite have the cash. When Peter overheard Carla talking about her money troubles, he decided to invest himself and once again they became business partners.

Though it wasn't long before that fell apart and just as Carla was about to confess she was still in love with him, Peter betrayed her by selling his shares to Nick.

It turned out the money wasn't actually Nick's though, it was his estranged wife Elsa's cash. So he stole £80K from grandma Audrey Roberts (Sue Nicholls) to pay Elsa off.

With Carla and Nick in business together again, he used the other half of his stolen funds to open a barbers with brother David Platt (Jack P Shepherd) and while that's been taking up his time, workaholic Carla has been struggling again.

Gary Windass (Mikey North) has warned her the factory roof needs replacing, but she just thinks he's after more money and next week demands he merely patch it up.

The whole roof is set to collapse in the coming weeks, killing at least one Weatherfield resident - and Carla is set to take the blame, even though it may not be her fault.

Will the factory survive this latest disaster?

Read more: The Rovers Return: every landlord and landlady of the Coronation Street pub

Who's been your favourite factory owner? Leave us a comment on our Facebook page @EntertainmentDailyFix and let us know what you think.