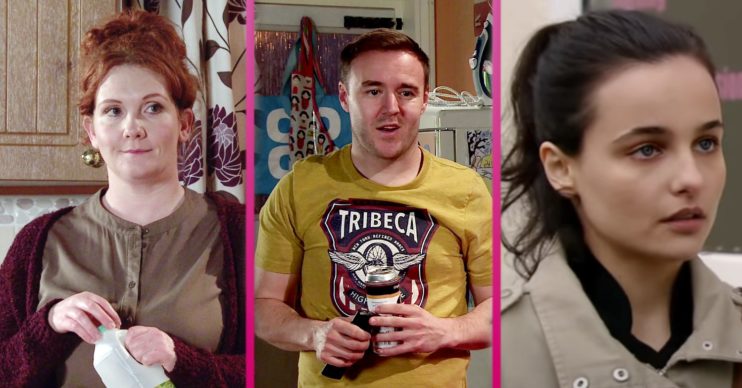 Tyrone has been with Fiz for years

Earlier this year, Tyrone invited Alina to stay with him and Fiz until she found somewhere new to live.

After moving out, Tyrone started helping Alina with starting her own business.

In last night’s episode (Wednesday, March 17) Alina brought her car back home and Tyrone offered to help her out by looking at it.

But he was impressed when it turned out she knew quite a lot about fixing cars.

After taking a look at it for her, he found the issue and later he was thrilled when Alina suggested they work on the car together.

However fans have said they’re already fed up of the storyline.

I'm sick of the Alina and Tyrone storyline already, but I don't like Fizz either, she nags Tyrone too much.#Corrie

Oh here we go again. Scriptwriters haven't clue what to do with Alina & a bored Tyrone so they throw in the same old same old, possible affair. It's just annoying & slapdash #Corrie

Tyrone and Alina are the new Kevin and Molly. 🤢🤮 #corrie

Tyrone and Alina in Coronation Street: What’s next for them?

In next week’s scenes Fiz mulls over the wedding plans. Meanwhile Tyrone is thrilled to find Alina’s cardigan in the garage as it gives him an excuse to see her.

But when Seb walks in, his suspicions are aroused. Tyrone and Alina try to convince him that there’s nothing going on.

Later, Fiz surprised Tyrone tell him she’s booked them a Greek wedding. But Tyrone is speechless and can only stare at her.

As Ches and Abi emerge from their hiding places hoping to surprise Tyrone, Fiz runs off humiliated.

Back at No.9, Tyrone admits that he has fallen for Alina.

After a pep talk from Chesney, Tyrone assures Fiz that Alina means nothing and she and the girls are his life and he’ll do whatever he can to make things right.

Later Fiz goes and confronts Alina. She tells her she knows all about their moment.

She also warns her to keep well away from Tyrone in the future. Shaken and upset, Alina tears a strip off Tyrone for telling Fiz what happened.

She orders him to keep away from her. Later, Fiz takes Tyrone some food to the garage after he cancels their date saying he has to work late.

But they both know she’s really just checking on him. Will she ever be able to trust him again?