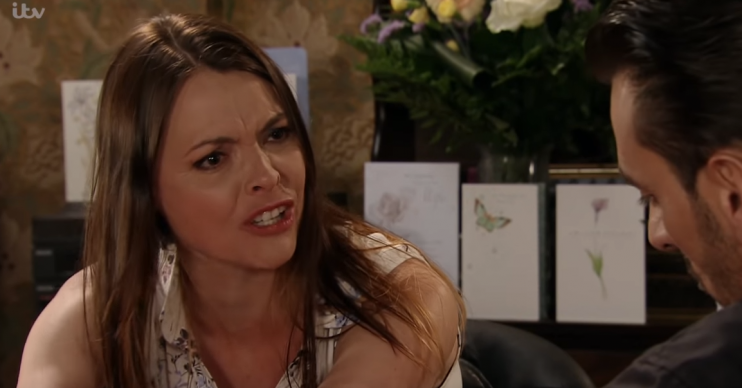 Both are determined to be the new owners!

The two Barlow siblings will clash as Ken puts No.1 up for sale in next week’s Coronation Street.

Tracy and Peter are shocked to see a ‘for sale’ sign up outside their dad’s place.

Ken’s adamant with his decision to move away with Claudia, but both Barlow siblings want to take ownership of the house.

Peter isn’t happy with Tracy’s plan and scolds Ken for letting Tracy take advantage so she can bag a bargain.

Peter offers Ken the full market value of No.1 and takes joy in telling Tracy.

But Tracy isn’t backing down and insists she and Steve will match the price, leaving Ken with a big decision to make.

Later Tracy measures up at No.1 convinced she and Steve are the only ones with the money to buy the house and for Peter, it’s just a pipe dream.

Carla throws a spanner in the works and admits to Peter she’s not very keen on the house anyway, so Peter calls in intending to tell Ken that he no longer wants No.1.

But Tracy starts to wind him up and Peter soon changes his mind.

Tracy, desperate to win, urges Steve to up their offer to £125k in the hope it will stop Peter from bidding.

Carla calls into Tracy’s flower shop and while she’s distracted by a phone call from Peter, Tracy sees an envelope containing Carla and Peter’s sealed bid and quickly takes a look.

The Barlows later gather at No.1 and Adam opens the sealed bids.

As a sad Ken reminisces about the happy times spent in the house, who will he decide to sell to?

Who will be the new owners of No.1?

Who do you think will end up owning No.1? Leave us a comment on our Facebook page @EntertainmentDailyFix and let us know what you think!